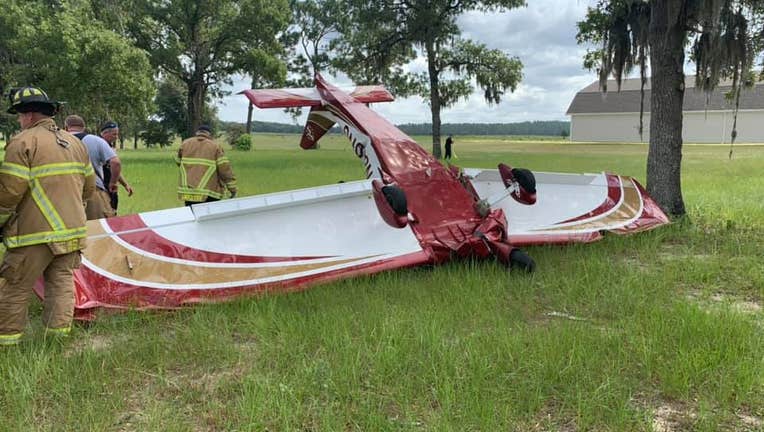 OCALA, Fla - A pilot is dead after a small airplane crashed in Ocala on Wednesday, rescue units said.

According to Marion County Fire Rescue, units were dispatched to Leeward Air Ranch in Ocala at 10:31 a.m. on Wednesday. A 911 caller told them that a small aircraft crashed while attempting to land. He noted that the pilot was inside the cockpit.

They said that arriving crews found the small plane upside down with the pilot inside. The pilot was declared deceased at that time.

They added that firefighters mitigated a fuel leak on the airplane, securing it until the plane wreckage was removed.

The Federal Aviation Administration and the National Transportation Safety Board are investigating.