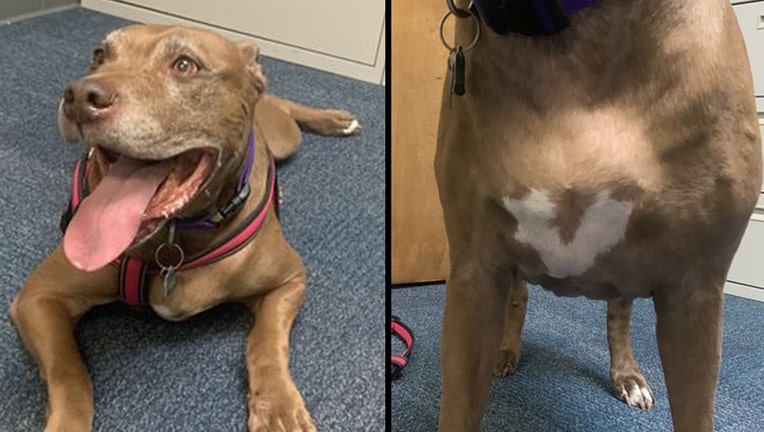 ORLANDO, Fla. - After surviving emaciation and over a dozen tumors, pitbull mix Lulu is healthy and ready to be adopted, a foster organization in Orlando said.

According to their Facebook page, Bully Up Rescue is a foster-based organization aimed at restoring the positive image of the bully breed. They advocate for proper companionship management and responsible ownership. Doing so, they often rehabilitate dogs and find them foster families and forever homes. They have shelters in both Florida and Georgia. 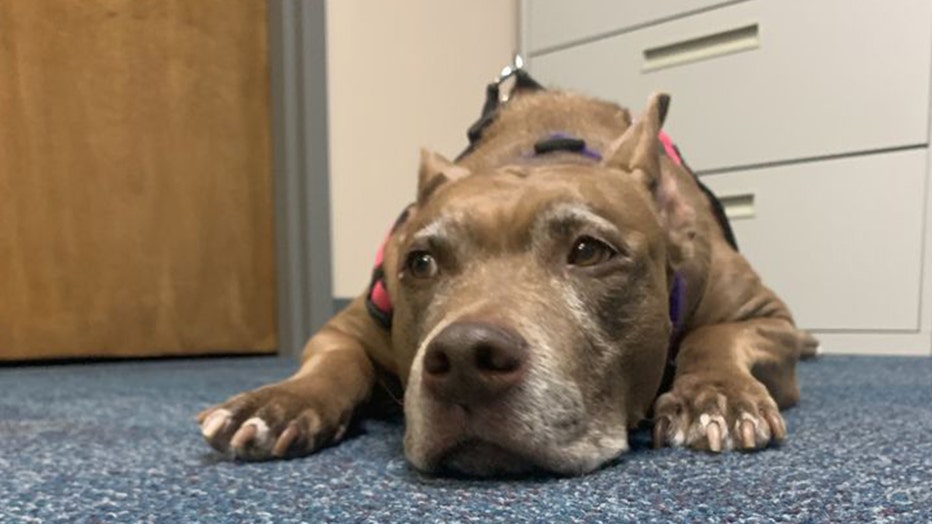 They posted on their Facebook on Friday that pitbull mix Lulu is up for adoption. She is about eight to nine-years-old and is located in Orlando. She is described as kid-friendly, spunky and fun, loves to cuddle, and is completely vetted.

The Orlando Sentinel took a deeper dive into Lulu and found that she previously had about 15 tumors on her body and was emaciated when Bully Up Rescue found her at Orange County Animal Services. She was given just days to live before she would be euthanized, but thankfully, Bully Up Rescue took her in.

The newspaper said that with the help of Rescue Me Orlando and the Chickasaw Trail Animal Hospital, Lulu's tumors were removed. They were all benign and she currently has no medical concerns. 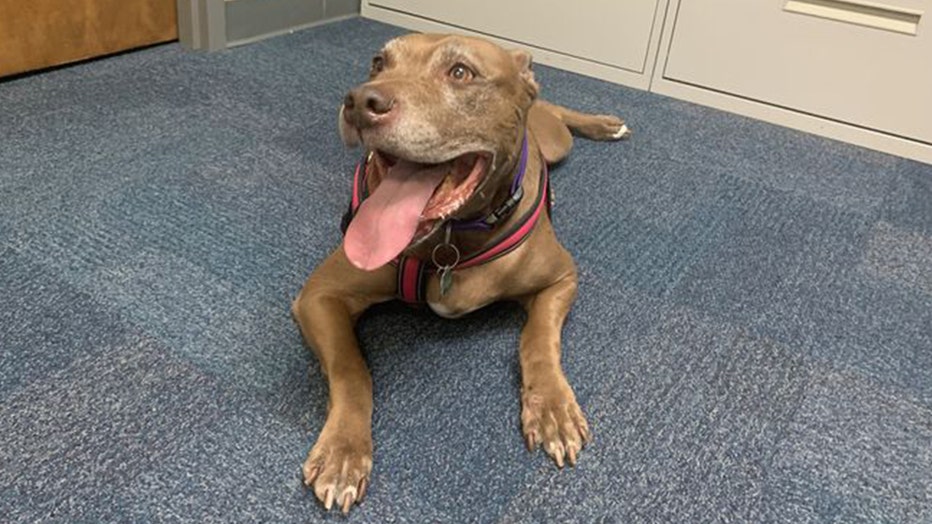 Now, literally wearing her heart on her chest, Lulu is looking for a forever home. If you would like to adopt Lulu, contact Bully Up Rescue at 407-374-9512 or email bullyuprescuecrew@gmail.com to fill out an application.. The adoption donation required is $200, as this covers spay, vaccinations, rabies, microchip, preventatives, food, and supplies. 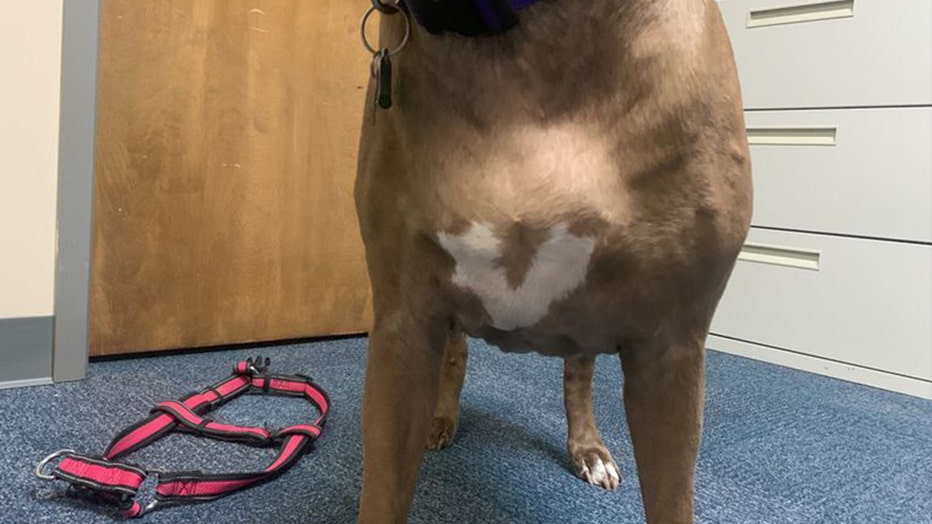