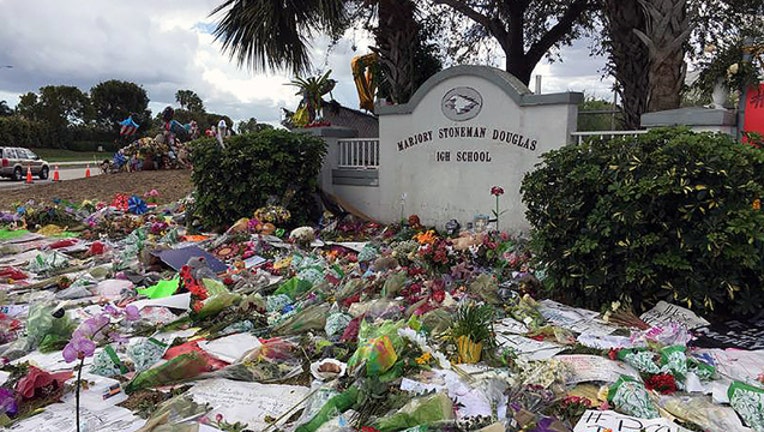 TALLAHASSEE, Fla. (NSF) - A controversial proposal that would allow armed teachers in schools has led to bipartisan bickering and prompted accusations that people in both parties are making political pawns of victims of of the Valentine's Day shooting at Marjory Stoneman Douglas High School that left 14 students and three faculty members dead.

The mother of a slain teacher, black legislators and Florida Democrats are pushing back against the proposal, which would allow teachers with special training to bring guns to schools and is an element of sweeping school safety measures slated for debate Friday in the House and Senate.

With the legislative session scheduled to end March 9, House and Senate leaders are scurrying to pass a school-safety bill, sparked by the Feb. 14 mass shooting at the high school in the Broward County community of Parkland.

The House and Senate proposals include funds for mental-health screening and treatment in schools as well as money to “harden” schools and add more school resource officers.

Also, the bills would raise the required age from 18 to 21 and impose a three-day waiting period to purchase rifles and other long guns and would give law enforcement officials the ability to remove guns from people who pose a danger to themselves or others.

But the measures are drawing criticism from all corners.

Linda Beigel Schulman, whose son, Scott Beigel, died protecting students from a hail of bullets at Marjory Stoneman Douglas, said she and others are being manipulated by politicians far more sophisticated than the Parkland community members.

Lawmakers have earmarked $67 million for what has been dubbed the “school marshal” program that could lead to armed teachers. Gov. Rick Scott has not included such a program in his school-safety proposal and has repeatedly said he opposes arming teachers.

Under the Senate version, school boards and school superintendents would have to agree to the marshal program, and county sheriffs would be responsible for training and deputizing teachers or other school personnel who volunteer. But sheriffs would not be required to place volunteer marshals inside schools.

In contrast, the House plan was amended Tuesday to require sheriffs to implement the program, if school districts decide they want to use it. The move angered Democrats, who were already frustrated that the GOP-backed plan failed to include a ban on assault-style weapons.

The marshal program --- rejected by Scott again on Wednesday --- has heightened tension on the already controversial package, splitting Democrats who are torn about whether to support the package without the ban on assault-style weapons. Republican House members also are in a sticky spot as they decide whether to vote against the powerful National Rifle Association, which opposes the bills, or vote against a measure framed by GOP leaders as essential for making schools safer.

Schulman told Senate Democrats early Wednesday that many parents who testified in support of the House proposal Tuesday were unaware of how the bill (HB 7101) had been altered.

“We’ve been very misled,” Schulman said, adding that the night before the bill was amended, lawmakers promised her and other parents that it would not be changed. They endorsed the bill “not knowing what was thrown into it,” she said.

“When I told people after, they were mortified. So here we’re supporting one thing and something else is there. I don’t know how we can be told the truth, if there’s such a thing at this point,” Schulman said.

But House Rules & Policy Chairman Jose Oliva, a Miami Lakes Republican who was among the lawmakers who met with more than 100 parents and others from the Parkland community at a dinner Monday night, said he didn’t promise the grieving family members that the bill would remain as is.

“We’re in a highly charged environment. People are highly charged about what they think the solutions are and what works and what doesn’t,” Oliva told reporters Wednesday afternoon.

Oliva said he met with some of the parents after the House proposal was amended, and they did not share Schulman’s reaction. He called the bill a compromise.

“That’s the thing with compromise. You’re going to get people on both sides of the aisle that are not happy about it,” he said.

Oliva said people “on all sides” are politicizing the legislation.

“This is a compromise bill that has been put together, but the politics around it are toxic, and people are taking advantage of the opportunity,” he said.

Some Republicans oppose the bills because they “feel this infringes upon a right for a group of people that were not responsible for this,” according to Oliva.

Democrats in both chambers are split on the measures.

“I’m totally mixed,” Rep. Lori Berman, D-Lantana, told The News Service of Florida Wednesday evening. Berman said she voted for the bill in committee Tuesday, in part after hearing the support of teachers, parents, school board members and others.

But after listening Wednesday to Schulman, Berman, who said she opposes “arming teachers,” is even more ambivalent.

“I’m still not sure how I’m going to vote when it’s on the House floor. It’s not just South Florida Democrats who are conflicted. I think we’re all internally conflicted,” she said.

For other Democrats, a “no” vote is simple.

Senate Minority Leader Oscar Braynon, who is black, called the program “a recipe for disaster,” in part because he fears it could endanger minority students.

The school marshal program backed by the Republican leaders is “icing on the cake,” Braynon said.

“And I’m going to say it, this icing hurts little black children. And you’re telling me, I don’t care. I like icing anyway. And that is what has pissed me off and made me so angry and it also made me sad. Because it almost implies that someone else’s children are more important than my children,” he said.

While the House and Senate Democratic caucuses haven’t taken a position on the measures, the Florida Legislative Black Caucus came out Wednesday in opposition.

Sen. Perry Thurston, chairman of the caucus, said black lawmakers fear that the marshal program could worsen what he called a crisis in the black community regarding how law enforcement treats minority children.

While mass shootings in schools “happen way too often,” they don’t occur as frequently “as the shootings that our kids see in their own community,” Thurston said, adding the black caucus wants more resources directed to minority communities instead of a program that arms teachers.

Schulman, the grieving mother, asked officials on both sides of the aisle to “do what’s right.”

“Could you just erase your minds, erase your political affiliations? You can’t put yourself in our place. It’s an impossibility. But without all the other stuff, just be human. Do what’s right. Not do what’s going to get you elected in November,” she said.