CLEARWATER, Fla. - Clearwater police arrested a man who they say was planning to kidnap a young girl.

Investigators said 26-year-old Jacob Holman had plotted out an abduction and had begun collecting items on a list, including a condom, duct tape, a shovel, gloves, a flashlight, and a first aid kit.

Also on this list was written out "snatch up lil girl" and "throw in trunk."

On his cell phone, detectives found video they said Holman had taken of a girl who appeared to be about 5 years old at a local store. 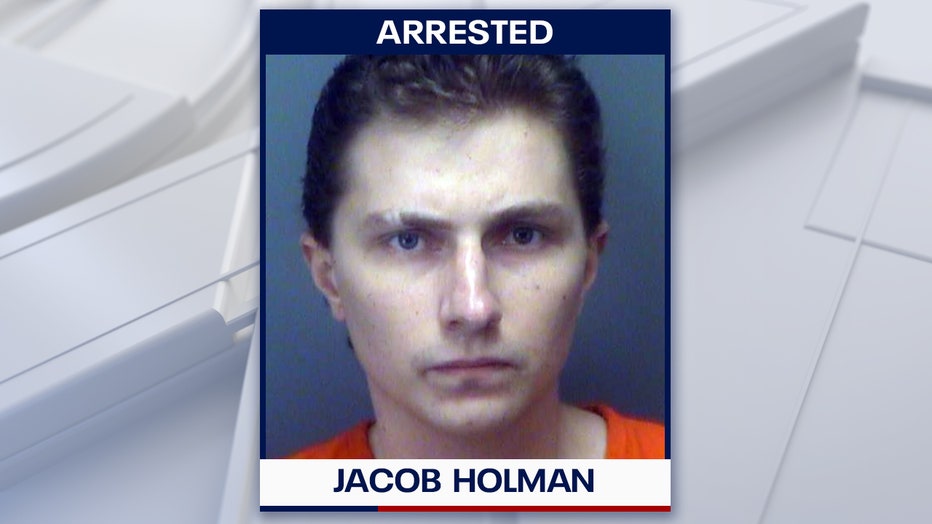 Major Natalia Illich-Hailey said Holman had plans to leave town, and detectives believed he was putting his plan into motion.

When asked whether investigators believed if Holman planned to rape and murder a child, Illich-Hailey replied, "It's hard to speculate what in someone's mind, but obviously when we look at it, that was the concern."

She added, "I truly believe that we saved a life yesterday."

Police in Clearwater detail the arrest of Jacob Holman, who they say was planning to abduct a young girl. He is charged with attempted kidnapping and child pornography.

Police said they became aware of Holman's intentions during an investigation into a domestic dispute early Thursday at his home.

"So often in this profession we see the tragic outcome after a heinous crime is committed," said Police Chief Dan Slaughter. "This is one of those rare occasions where we were fortunate to be able to intervene before the crime happened."

Police arrested Holman and charged him with attempted kidnapping and possession of child pornography. He is being held in the Pinellas County Jail.