A woman is critically hurt after police said she was shot during a suspected road rage incident in Oviedo Tuesday evening, according to police.

OVIEDO, Fla. - A woman is critically hurt after police said she was shot during a suspected road rage incident in Oviedo Tuesday evening, according to police. Authorities said they arrested the alleged gunman, 22-year-old Keegan Johnson, early Wednesday morning, a police report stated.

Officers responded to 911 calls reporting the shooting shortly before 6:30 p.m. at the intersection of Alafaya Trail and Alexandria Boulevard.

"I inched up and saw a bunch of cops start coming behind me and I looked over, and I saw the lady lying on the ground kind of on the sidewalk and in the road a little bit... she was just lying there," said Veronika Seaman, a witness.

Officers found the 41-year-old woman with a gunshot wound to her torso.

According to witnesses and cell phone video, police said the woman was driving South on Alafaya Trail and stopped at the intersection of Mitchell Hammock Road for a red light, when another dark-colored vehicle, in which was Johnson a passenger, approached from behind.

"The dark-colored Chrysler threw something at the woman, she then got very aggressive and picked up whatever it was, threw it at them in the car, and then that's when the dark Chrysler shot them. I heard two pops, and she's on the ground," a 911 caller explained.

An Oviedo police officer quickly jumped into action to render aid to the woman utilizing practices he learned during a recent training session.

"Part of that training is tourniquet and chest seals for gunshots, not knowing we would need it at the end of this month," said Oviedo Police Chief Dale Coleman.  "She had a gunshot wound through-and-through, a hole in the front, and all the way through."

The woman was taken to a local hospital, and as of Wednesday morning, she is in stable condition. 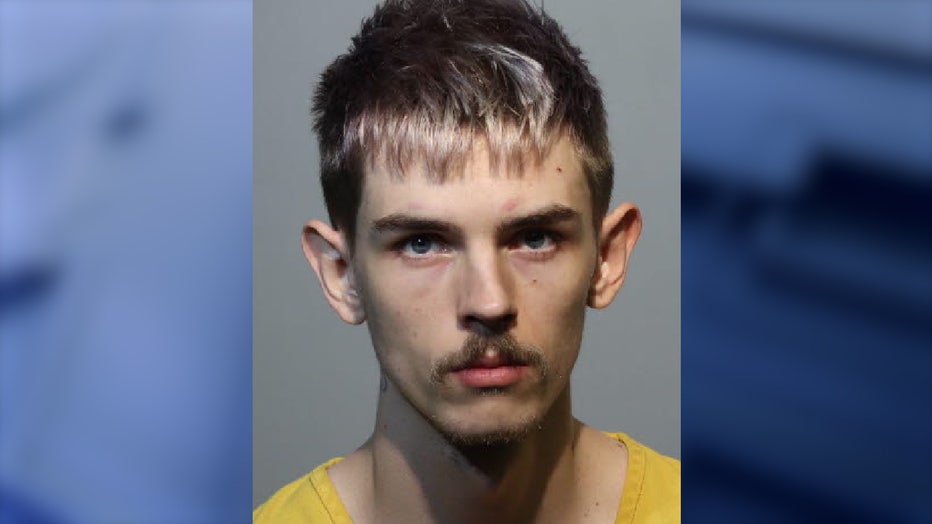 Police said both the driver and Johnson drove off and were found by officers in the area of Chapman Road and Rawlson Lane.

ROCKET LAUNCH: SpaceX, ULA have launches this week from Florida: How to watch

Johnson told police that the woman had started to hit him after she threw the can back into their vehicle, but that didn't match what was caught on video or witness statements.

Johnson was arrested and now faces attempted homicide and aggravated battery with a deadly weapon charge. His bond has been set at $75,000.