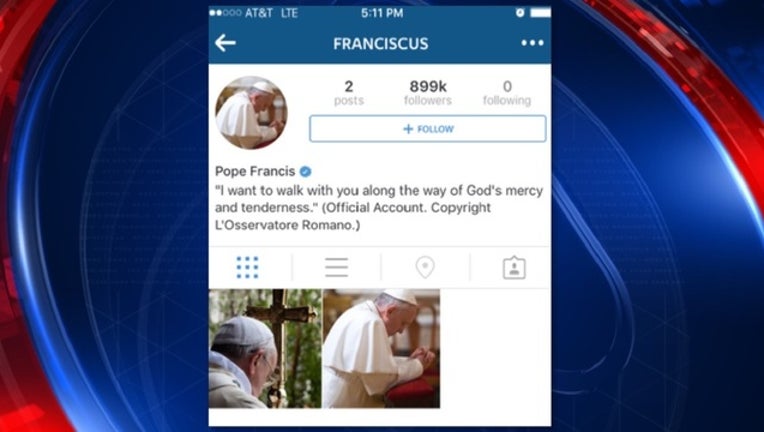 Pope Francis has made a name for himself for adapting with the changing times.

Now, the pontiff is making headlines again with the Vatican's announcement that he joined the photo-sharing site Instagram.

The pope took to the social media site to sent out this tweet: "I am beginning a new journey, on Instagram, to walk with you along the path of mercy and the tenderness of God."

His Instagram bio reads: "I want to walk with you along the way of God's mercy and tenderness."