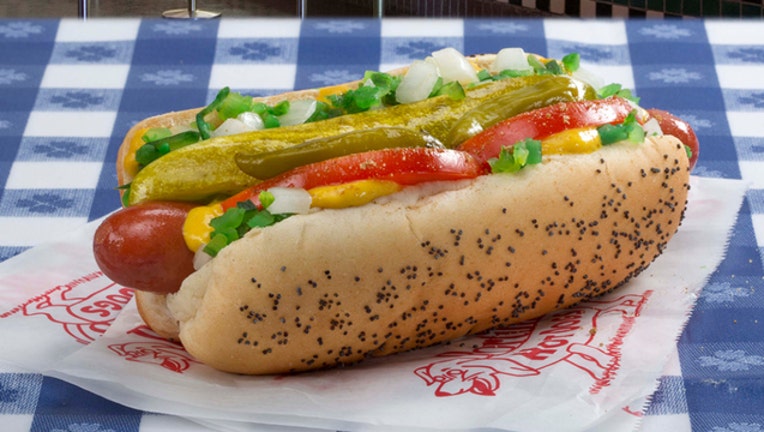 ORLANDO, Fla. - It's about to get real tasty in Orlando, as some of the nation's most popular Chicago-style hot dogs are coming to the city.

Portillo's is a famous Chicago food-chain that has accumulated a following for its Chicago-style hot dogs, Italian beef sandwiches, and more.

In 2019, the chain announced that they are going to open their third Florida location in Lake Buena Vista, specifically at the intersection of Palm Parkway and Daryl Carter Boulevard. However, an opening date was not announced. The chain did confirm on Facebook though that it would be later in 2020.

In the meantime, those in Central Florida can get a taste of what Portillo's has to offer, as they announced that they are bringing their 'Beef Bus' to Orlando.

MORE NEWS: Get free pancakes on Feb. 25 at IHOP for National Pancake Day

Between February 26 and March 1 and then again between March 5 and March 8, Portillo's food truck will serve up Chicago-style hot dogs, Italian beef, and cheese fries at ICON Park.

"You can have the most magical day in Orlando, and you won’t even have to wait in a 2 hour line," the chain wrote on Facebook. "We know you’re excited for our Orlando location to open later this year, so we're giving you a sneak peek of what’s to come!"

On both weekends, the Portillo's food truck will be open from 2 to 11 p.m.