EF-1 tornado touches down near Ocala

A warehouse in Ocala received damage following an EF-1 tornado. The storm hit Sunday evening and traveled about two miles, leaving a path of destruction.

LAKE MARY, Fla. - A tornado touched down in Marion County on Sunday evening, according to the National Weather Service, leaving behind a small path of destruction.

The tornado, which was measured as an EF-1 on the Enhanced Fujita Scale, was reported around 7:20 p.m. west of Ocala near Interstate 75 and State Road 40 and traveled east for about two miles to an area near SW 7th St.and SW 9th Ave.  It had estimated peak winds of 110 mph, and a width of a quarter-mile.

Plastic signs and street signs were twisted and ripped out of the ground and a large warehouse was damaged just east of I-75, according to observers.  Power lines and a large live oak tree were also blown down.  No injuries were reported. 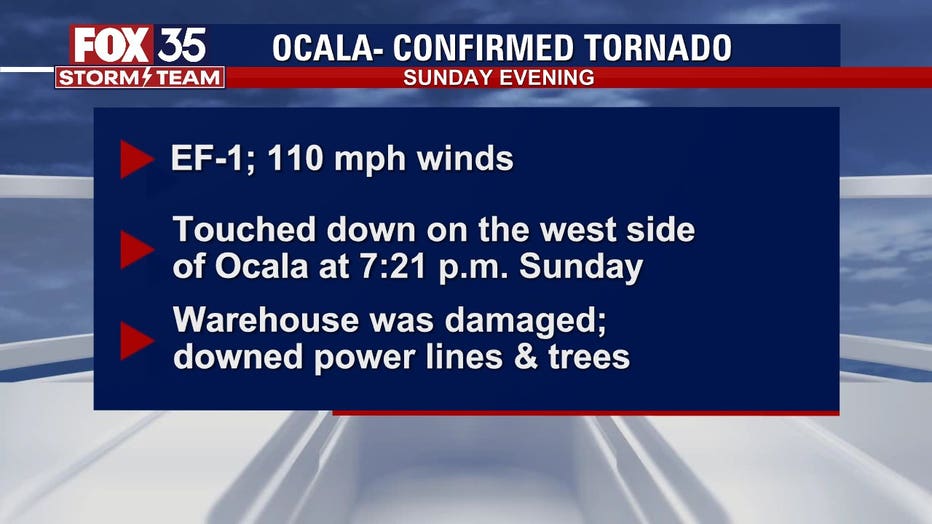 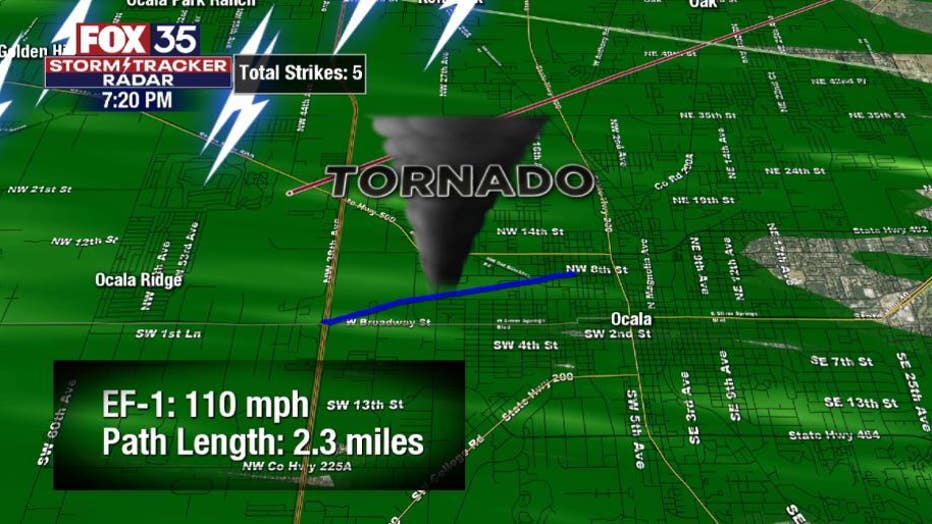 The National Weather Service confirms that an EF-1 tornado touched down in Ocala on Sunday, April 18, 2021.

According to the Enhanced Fujita Scale, an EF-1 tornado can produce gusts anywhere from 86 mph to 110 mph, so this particular tornado was just on the cusp of becoming an EF-2.

The FOX 35 Storm Team has been tracking the inclement weather, which is part of a cold front that has stalled over the Florida Peninsula.

Chances for severe weather remain high through Wednesday.   Another round coming Tuesday will be closer to Orlando and Tampa, continuing the threat of damaging winds, lightning, and heavy rainfall.

Tune in to FOX 35 Orlando for the latest weather updates.