Tab Overly was one of the many victims of the super rfog as his truck and boat were forced off the road and crashed.

"All of the sudden it goes total blackout," he said. "I knew that I had to exit the highway immediately."

Overly told FOX 35 News that it was the worst conditions he has seen in the area in the 45-plus years he has lived in Salt Springs.

This is often the story when super fog forms. Last year, a super fog event resulted in five separate crashes along Interstate 95 resulting in three fatalities. That super fog event was also caused by a prescribed burn. Ideally, smoke disperses before fog forms, but that is not always the case. 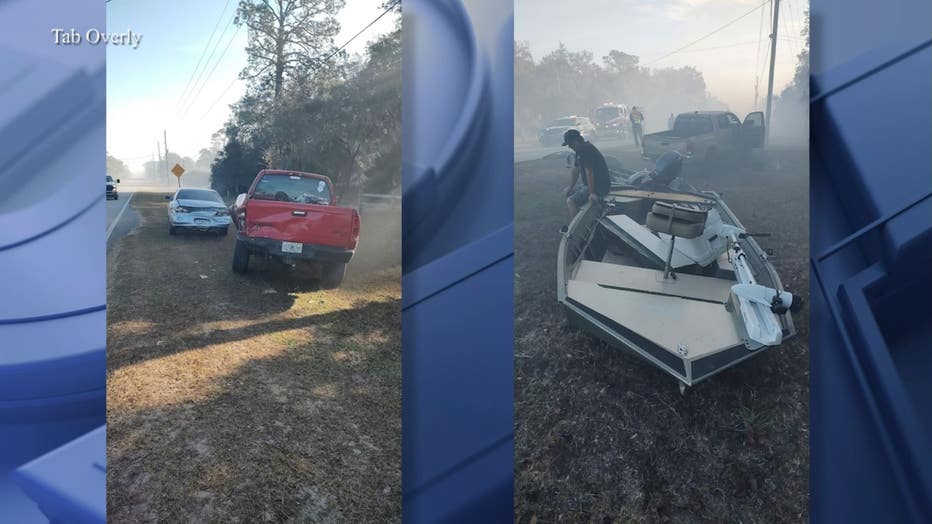 The National Forest Service (NFS) did request a forecast from the National Weather Service in Jacksonville. While conditions were fair for smoke dispersal during the day, satellite shows that smoke lingered through sunset and got trapped under the fog that developed. We contacted the NFS for a comment, but as of the publishing of this story, we have not heard back. 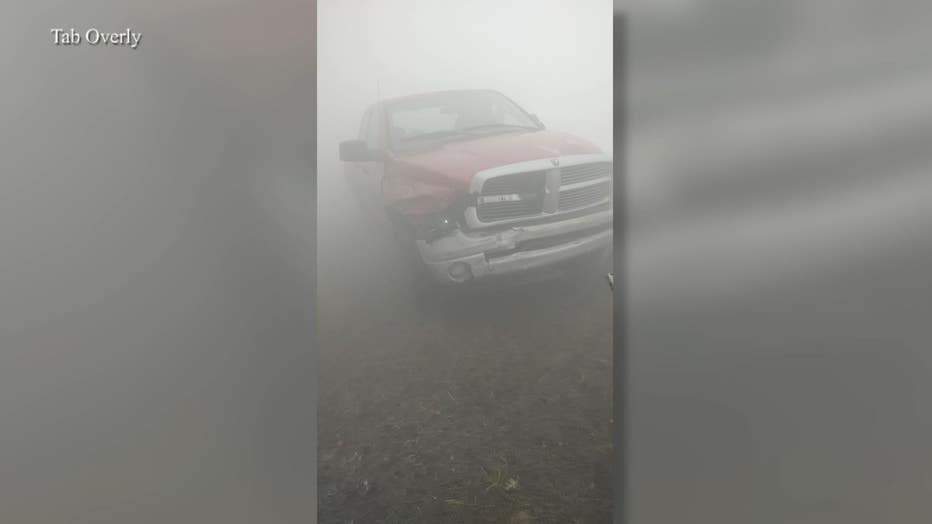 FOX 35 Storm Team Meteorologist Brooks Garner spoke to the Florida Forest Service (FFS) last year on why prescribed burns are so necessary even with the occasional risk of super fog.

As was likely the case with this week's event, a slight shift in winds can be all the difference in bringing the fog onto vulnerable roads we drive. This is why it is important to always check road conditions before you drive and be aware of your surroundings.