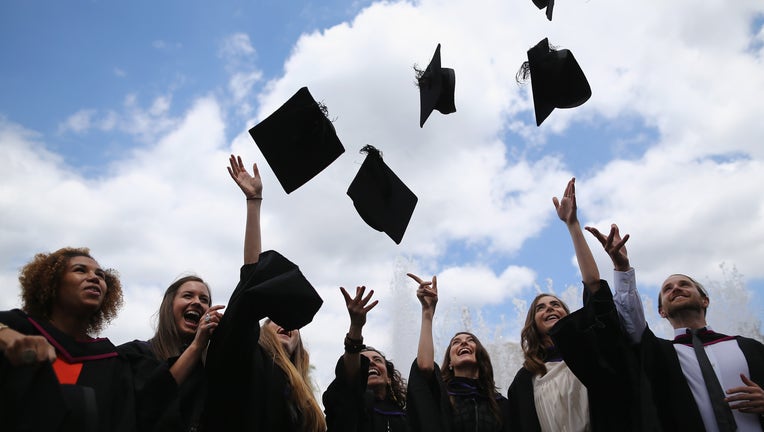 LONDON, ENGLAND - JULY 15: Students throw their caps in the air ahead of their graduation ceremony at the Royal Festival Hall on July 15, 2014 in London, England. Students of the London College of Fashion, Management and Science and Media and Communi

TALLAHASSEE - A bill being proposed would create the 'Sunshine Scholarship' for students from low- and moderate-income families. The bill passed through committees in both chambers of the Legislature this week, according to the Sun-Sentinel.

Students who are Florida residents have a high school diploma or equivalent, and whose family income is less than $50,000 would qualify. The scholarship would pay for any tuition and fees not covered by other forms of financial aid, such as Pell Grants.

Rep. Shevrin Jones, one of the backers of the bill, says its a topic "very near and dear to my heart."

“We have very limited scholarships for technical schools, trade schools, and the numbers of students who attend two-year colleges,” he said, according to The Center Square.

The program would “open the doors of opportunity and break the cycle of poverty” for students not geared for college studies.

But there's a catch: Students who receive the scholarship would have to agree to stay in Florida after they graduate to work for the same amount of time that they received the aid. If they don't, they would have to repay the money with interest.

The bill was given unanimous support from the Senate’s Education Committee and the House Higher Education & Career Readiness Subcommittee this week. The bill must go through two more committees in each chamber before it can be voted on.