ST. PETERSBURG, Fla. - Police say a prosthetic leg has been recovered after someone stole it from a man who was hit by a car in St. Pete Monday night.

Investigators said 49-year-old Christopher Allen Harris was walking north on 49th Street and crossing 5th Ave N in the crosswalk when he was hit by a car going westbound.

The impact caused Harris' prosthetic leg to dislodge and strike another vehicle that was traveling eastbound on 5th Ave N. Police said both drivers stopped and cooperated with the investigation.

Harris suffered life-threatening injuries and was transported to Bayfront Health in critical condition. 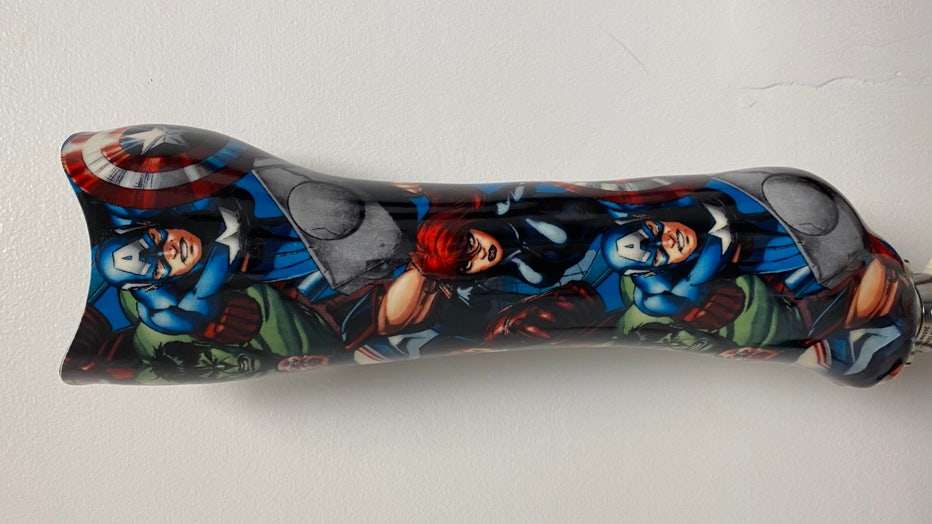 The stolen prosthetic leg is customized with Marvel artwork and is worth $15,000. (Photo: St. Petersburg Police Department)

However, police said his prosthetic leg was stolen before officers arrived at the scene.

The prosthetic leg, which is customized with Marvel artwork, is worth $15,000.

Police said after word spread about the stolen prosthesis, someone called investigators and told them where to find it. Officers found the prosthetic leg behind a local laundromat hidden among some discarded items and returned it to the victim's wife Tuesday afternoon. 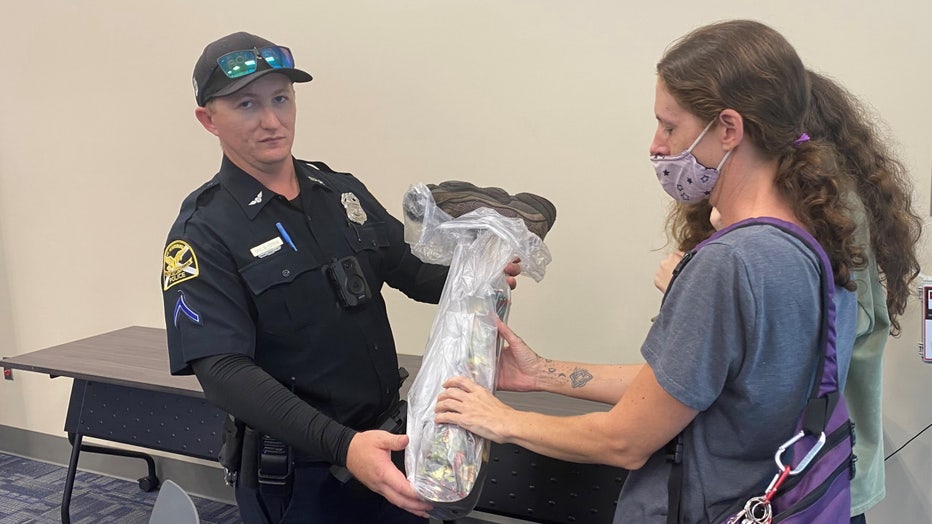