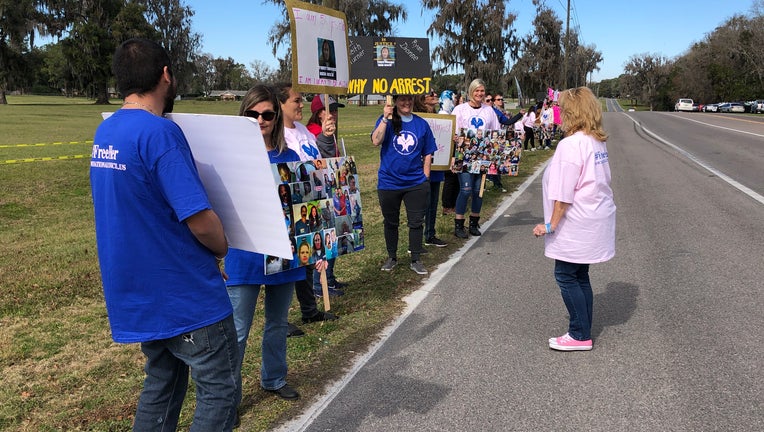 OCALA, Fla. - Dozens of protesters stood outside the Lowell Correctional Institute in Ocala on Sunday morning.

Most of them were former inmates at Lowell and the state's other women's prisons.

The protest happened after a Lowell corrections officer was arrested Friday morning, accused of putting bleach in an inmate's drink after the two of them got in an argument.

“It's not right,” Takeya Hatcher, a former Lowell inmate, said about the alleged poisoning attempt. “We're standing for a cause and we're gonna continue to do it until something is done about it.”

According to the arrest affidavit, another officer says they saw the guard, Qualesha Williams, spray bleach into an empty cup while preparing breakfast for the inmates.

The affidavit went on to say after the inmate was given their tray, they could smell bleach in their cup, so they reported it to another officer.

The report says that officer could also “smell the bleach right away."

“At the end of the day, if it was your mother, or your daughter, or your grandmother in there, you wouldn't want it done to them,” said Rachel Kalfin, a former Lowell inmate.

The Florida Department of Corrections says they take allegations of abuse and mistreatment of inmates seriously and encourage staff and inmates to report inappropriate conduct.

Lowell is already the subject of multiple investigations of physical and sexual abuse.

In a lawsuit, lawyers for inmate Cheryl Weimar accuse guards of beating her so badly she's now a quadriplegic.

Organizers say they're also trying to work with state lawmakers on legislation that could help crackdown on abuse in prisons.