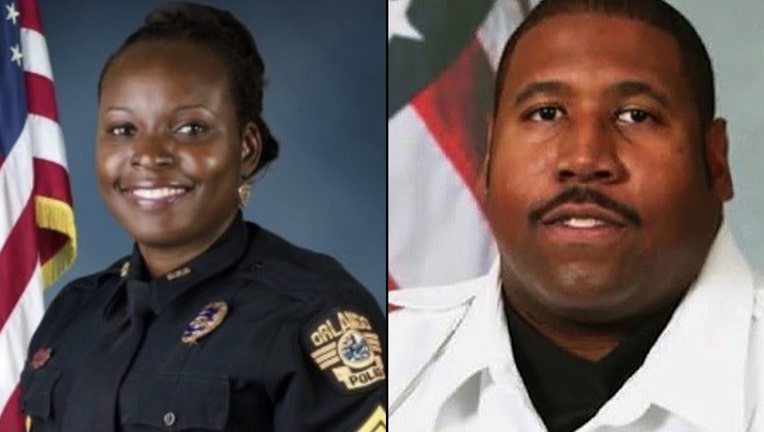 Orlando Police Lt. Debra Clayton was allegedly killed by Markeith Loyd outside of a Pine Hills Walmart in January 2017. She was pursuing Loyd, as he was wanted for the December 2016 murder of a pregnant woman.

However, Markeith Loyd fled the scene, sparking a man hunt and frantic pursuit.

Orange County Deputy First Class Norman Lewis was killed in a motorcycle crash while searching for Markeith Loyd following the death of Lt. Clayton. He had been with the Sheriff's Office since March of 2005.

On Thursday, which also marks National Law Enforcement Appreciation Day, the Orlando Police Department tweeted out photos of some of their fallen officer over the years, including Clayton.

"Today we will #NeverForget Lt. Debra Clayton who died in the #LineofDuty 3 years ago today while serving the people of
@citybeautiful. #ThinBlueLine."

The Orange County Sheriff's Office paid tribute to Deputy Lewis for his bravery and service.

"DFC Lewis was responding to a call related to the fatal shooting of OPD Lt Debra Clayton when his motorcycle was tragically struck by a vehicle. His service will never be forgotten."

Markeith Loyd was convicted on Oct. 23, 2019 of the murder of his ex-girlfriend, Sade Dixon, and their unborn baby. His trial for the murder of Lt. Clayton is expected to begin in May. Prosecutors are seeking the death penalty.