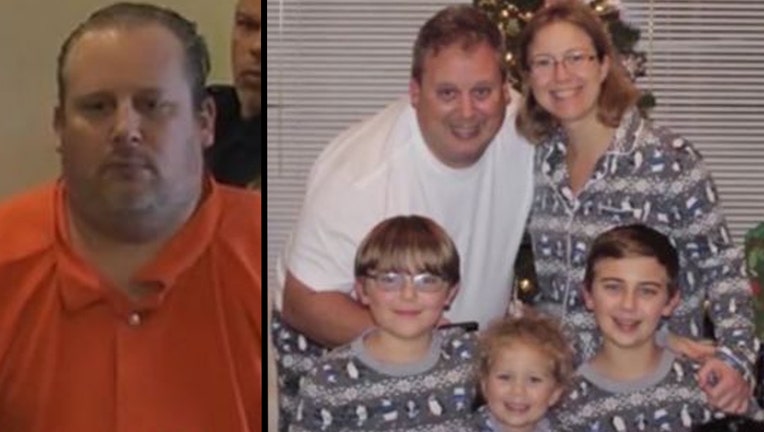 Todt, 44, is facing first-degree murder charges in their deaths.

According to the report, when deputies arrived at the home on Jan. 13, they found the bodies of Megan Todt, and their three kids wrapped in blankets in the master bedroom.

Deputies say they went to the home to serve Todt with a federal arrest warrant regarding insurance fraud charges related to his physical therapy business. When no one answered, they entered the home through an unlocked door.

They say Todt was at the top of the stairs and came down to speak with them. The report states that deputies "could smell a strong foul odor" which they suspected to be something decomposing.

"The odor became stronger the further I walked into the home," the report quoted a deputy.

They said when asked if his family was inside the home, he told them his kids might be at a friend's house for a sleepover and his wife was upstairs sleeping.

"Anthony then yelled out 'Megan,' but received no response," the document stated.

As deputies made their way upstairs, the report states that they saw a person laying on the floor "who was wrapped in a blanket."

"Sticking out of the blankets was a foot that was black and blue in color."

Deputies say when they removed the blanket from the body on the bed, it appeared to be an older female, presumed to be Megan Todt, that had been deceased for "a fair amount of time." They removed the blankets from two other bodies on the ground and discovered her who are believed to be her two young sons, Tyler and Alex.

After initially not being able to find another body, deputies said they noticed a "small lump" at the foot of the bed just below the deceased woman's feet. When they pulled back the blanket, they say they found a young girl, believed to be Todt's 4-year-old daughter, Zoe.

"At this time, the victims were suspected to be Anthony's wife and three children," the report states. Todt was taken into custody.

According to the Medical Examiner's report, Zoe did not appear to suffer from stab wounds, while Megan and her two sons reportedly did.

Also released Friday were dozens of calls to the Osceola County Sheriff’s Office from concerned friends and family of the Todts in the days leading up to the discovery of their bodies.

In one call, someone claiming to be a former nanny for the family asked for a welfare check on them after failure to get a hold of them.

Another call actually came from Anthony Todt’s sister who said she’d only heard from him around Christmas time when she’d been told the whole family was sick with the flu.

She told dispatchers on the call that she hadn’t even heard from him in recent weeks.

When asked for comment on the investigation during a press conference Friday, Osceola County Sheriff Russ Gibson walked away without comment.