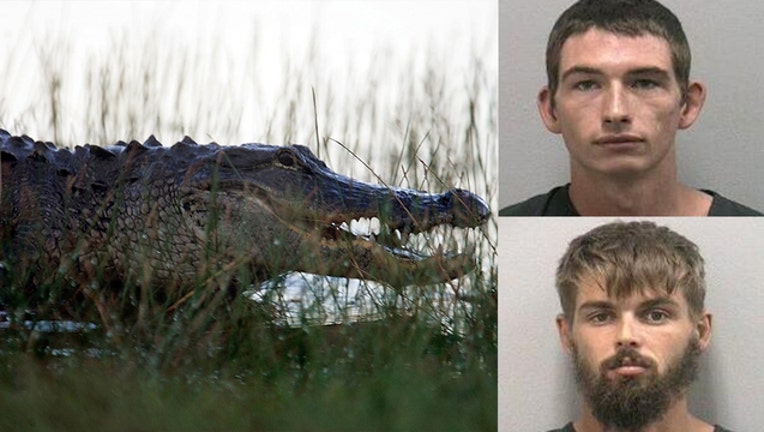 PALM CITY, Fla. (FOX 35 ORLANDO) - Two Florida men are facing charges after deputies say one of them caught an alligator and the other poured beer into its mouth and enticed the animal to bite him, according to news reports.

TCPalm.com reports that Timothy Kepke, 27, of Hobe Sound and Noah Osborne, 22, of Stuart were arrested Thursday. The Florida Fish and Wildlife Conservation Commission (FWC) reportedly received a complaint in August about an incident allegedly involving Osborne and Kepke.

Osborne reportedly caught the alligator with his hands. FWC says that Kepke allegedly poured a beer down the alligator's throat and encouraged the animal to bite his right forearm.

"After the beer is poured, the alligator aggressively reacts. The interaction was filmed, records show," TCPalm.com reported.

Kepke reportedly told authorities that Osborne caught the alligator along Ranchwood Street in Palm City. After the incident, Kepke said they released the alligator while it was alive.

Warrants were issued for Kepke and Osborne in September. They were both arrested on Oct. 3.

Osborne and Kepke were taken to the Martin County Jail on $2,500 and $5,000 bonds. They were released the same day.