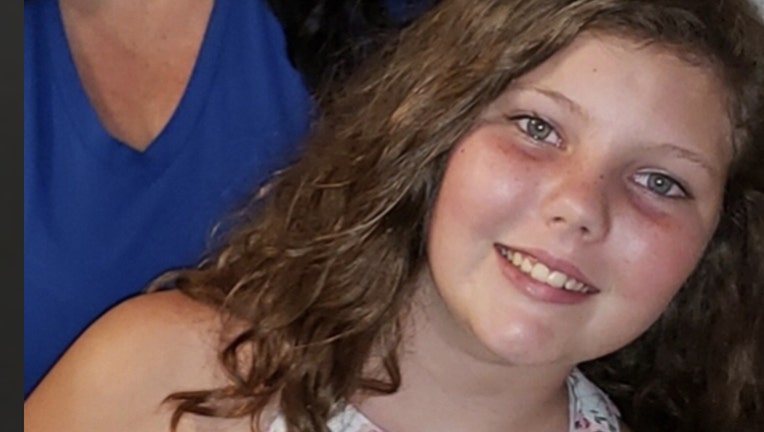 SATELLITE BEACH, Fla. - The driver who police say struck and killed a 12-year-old Brevard County girl as she was using the crosswalk will not face criminal charges.

“The investigation into this tragic case has concluded but we will continue to deeply mourn the loss of Sophia Nelson,” Satellite Beach Police Chief Jeff Pearson told the Orlando Sentinel.

According to the Satellite Beach Police Department, Sophia Nelson was struck by a vehicle around 5:37 p.m. on December 22 while crossing A1A near Ellwood Avenue. Her family said that she was heading home from a walk on the beach.

She suffered very serious injuries and was transported to the Arnold Palmer Hospital in Orlando. She succumbed to her injuries on Christmas Day.

Her father told FOX 35 News that he held his daughter and said 'I love you' in the moments after the car hit her.

The Orlando Sentinel reports that the driver, JoAnne Stanker of Cape Canaveral, was 395-feet from the crosswalk when the yellow flashing lights were activated. Stanker reportedly slowed down but failed to stop.

"Stanker told investigators she did not see anyone crossing," the Sentinel reports.

She was given a blood test on scene and police said no substances were found.

Stanker was issued a citation for failure to stop at the crosswalk. She will still have to make a court appearance due to the resulting fatality, police said.

Sophia was a six-grader at Surfside Elementary School. She loved the ocean and dolphins. Before she passed away, four of her organs were given to other child patients.