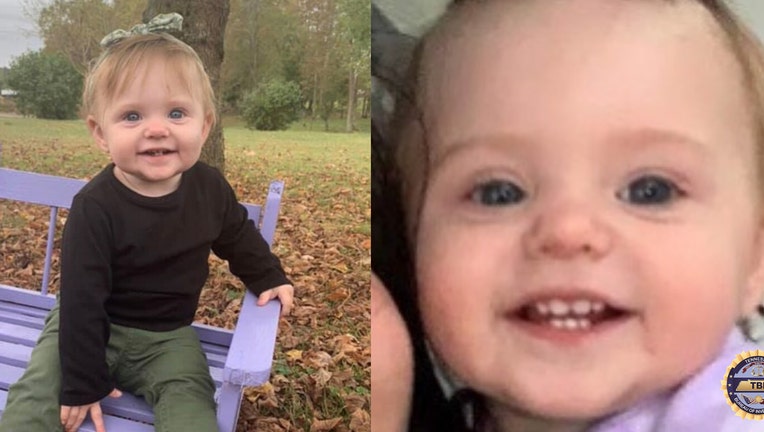 SULLIVAN COUNTY, Tenn. - Two people have been arrested in North Carolina in connection to an Amber Alert for 15-month-old Evelyn Boswell, the toddler who has not been seen in two months.

According to WSMV, 33-year-old William McCloud and 42-year-old Angela Boswell were arrested and charged with possession of stolen property. The couple was found inside a 2007 gray BMW that authorities were searching for.

"The gray BMW has been located in Wilkes County, North Carolina, along with the individuals that authorities were hoping to speak with concerning Evelyn Boswell’s whereabouts," the Tennessee Bureau of Investigation wrote in an update on Facebook Friday night.

Evelyn Boswell is still missing. The investigation is ongoing.

An Amber Alert was issued for Evelyn who has not been seen by 'certain family members' for 2 months.

"Evelyn was reportedly last seen on December 26, 2019. She was not reported as missing until February 18, 2020," the agency wrote on Facebook.

The Sullivan County Sheriff's Office said that "the child’s mother, Megan 'Maggie' Boswell, has been involved in the investigation along with the father, Ethan Perry, who is active duty in the military, stationed in Louisiana.”

Anyone with information on Evelyn's whereabout is asked to call 1-800-TBI-FIND.