People in the Stone Island neighborhood have had their sewage pumps turned off for about two weeks, and they're not going to be turned on until the water recedes.

VOLUSIA COUNTY, Fla. - People in the Stone Island neighborhood have had their sewage pumps turned off for about two weeks, and they're not going to be turned on until the water recedes.

The Stone Island neighborhood was hit hard when Hurricane Ian brought historic flooding to the area. Volusia County officials say they cannot pump the sewage because the water level is so high. If the pump is turned on all that will go there is the stormwater, so they are going to have to wait until river levels recede enough to the point that allows for access into the area. Because the St Johns River is slow flowing it could be a while for that to happen.

The county brought in portable toilets, but some have fallen over because there's too much water, and others are only accessible by a boat and lifted truck. 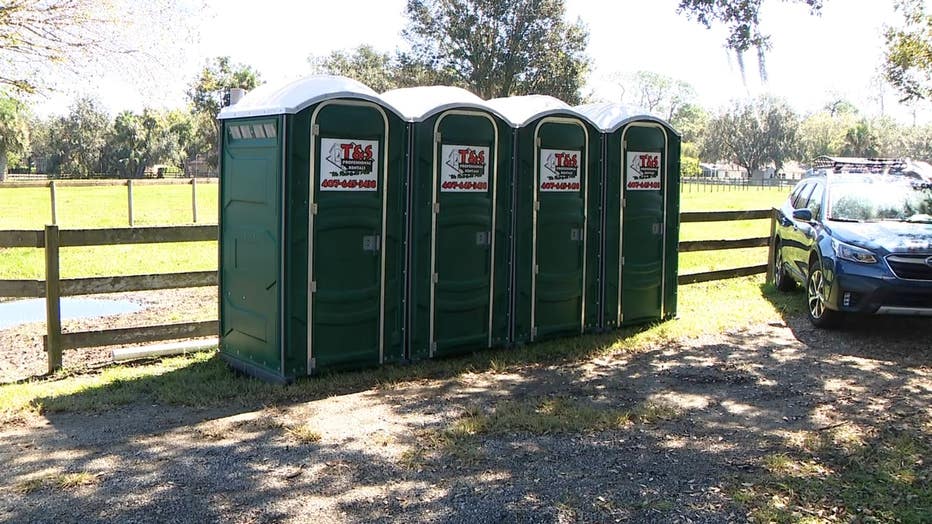 The Lachow family made the decision to leave this week because of the sewage issues.

"I have electricity, we have food, a way to go shopping, kids do school virtually, but we have to be able to go to the bathroom. That’s where we draw the line," said Brian Lachow.

Some people are using portable toilets if they can get to them, and others have gotten camping toilets.

"A lot of people are just roughing it. If they flush the sewage will come up in their houses. It’s bad," said Jane Rourke who lives in the area. "We would like Volusia to raise our pumping stations."

Residents would like the county to look at some kind of solution to help mediate this situation before the next storm rolls in.

"I know they’re out here doing their best," said Dollard. "But I think there could be a couple of things they could change to make it so down the road we don’t have to worry about it again."