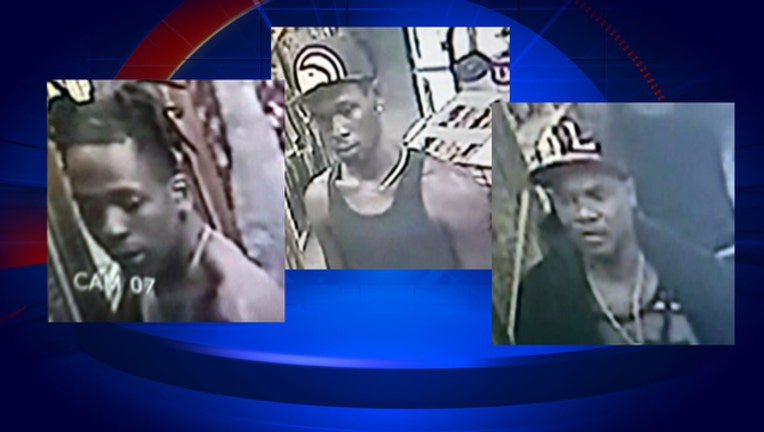 EUSTIS, Fla. (WOFL FOX 35) - Eustis police officers are searching for three men they are calling persons of interest in an attempted murder investigation.

Eustis Police on Wednesday evening responded to the intersection of McDonald Ave and Kensington St. in reference to a 911 call of a person shot. When officers arrived, an unresponsive man was found on the ground in near E. McDonald Ave and Palmetto St., with what appeared to be a gunshot wound.

The victim has been identified as 21-year-old Henry Jossue Romero.  He was transported to Orlando Regional Medical Center in critical condition.

Authorities released images of the three persons of interest and are asking for the public's help in identifying and locating them.  If you know the whereabouts of the person, or details of the crime featured below, you may be eligible for a reward of up to $5,000.