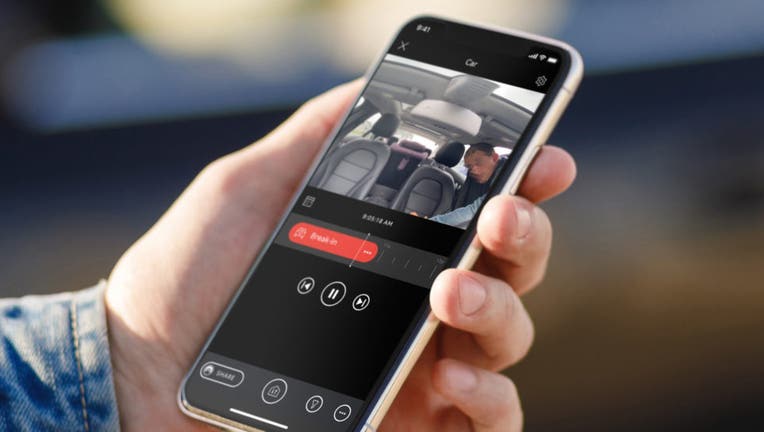 The Ring Car Cam is designed to keep your vehicle safe while driving and parked. (Source: Ring)

Ring is a dominant player in the home security market and is now expanding outside your residence.

The Amazon-owned company announced Thursday a new suite of products to keep your car secure, including the Ring Car Cam, which is designed to keep your vehicle safe while driving and parked. The car security camera does everything from sensing attempted break-ins to videotaping what's going on in and around the car with its dual-facing cameras.

The Traffic Stop option is the most eyecatching feature of the new $200 device.

The “Always Home Cam” is a new security device that allows users to see what’s happening around their house in real time.

"In the event you get pulled over, with the Traffic Stop feature, you can just say 'Alexa, I’m being pulled over' and the interior facing camera will record the interaction, save it to the cloud and send a notification to your loved ones to keep them in the loop," Ring founder Jamie Siminoff explains.

The Traffic Stop feature by Ring isn't unprecedented. Apple released a Siri shortcut in 2018 that enables you to start recording on your device by saying, "Siri, I'm being pulled over." The feature gained renewed interest after George Floyd's May death while in the custody of Minneapolis police.

Ring said the new feature was a customer-driven development.

Apple users have utilized an iPhone feature to turn their phone into a civilian body cam.

"Ring’s mobility products and the Traffic Stop feature were developed based on customer feedback and our mission of making neighborhoods safer," a Ring spokesperson told FOX Business in a statement.  While there are multiple safety benefits with the Traffic Stop feature, allowing customers to initiate a recording while remaining focused on the road is a safety-focused step forward.

Ring has faced criticism for its partnerships with police departments. The Washington Post reported last year that Ring has agreements with more than 400 police departments across the country that allows them to potentially view homeowners' camera footage.

The company has also faced other privacy concerns. In January, Ring said it fired four employees after they inappropriately viewed homeowners' video footage.