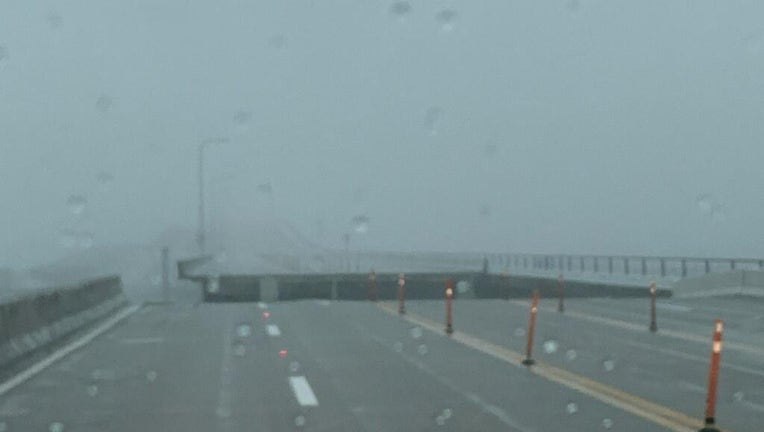 SANTA ROSA COUNTY, Fla. - Sally is battering down on the Florida Panhandle, doing so much damage that it even took out a piece of a new bridge.

Hurricane Sally made landfall on the Gulf Coast as a Category 2 storm on Wednesday morning. While it is now a tropical storm, Sally continues to move further inland, bringing catastrophic flooding, heavy rain, and hurricane-force winds to the Florida Panhandle and southern Alabama.

The Santa Rosa County Emergency Management tweeted just after 11 a.m. on Wednesday that they have "received a report that a piece of the Three Mile Bridge is missing. DO NOT attempt to cross this bridge. Seek an alternate route."

They also posted a photo of the bridge, showing the missing section.

The Associated Press also confirmed that a local Sheriff said that Hurricane Sally knocked out a section of the new bridge.