APOPKA, Fla. - A Florida wildlife photographer answered a question no one thought to ask -- until they saw her photos.

"Yes, a bird can eat an alligator! If it's savage enough," Shellie Gilliam explained in a post on Facebook with a series of images and video you have to see to believe.

The photos show an alligator, jaws wide, in various states of being eaten by one of the largest of Florida's wading birds. 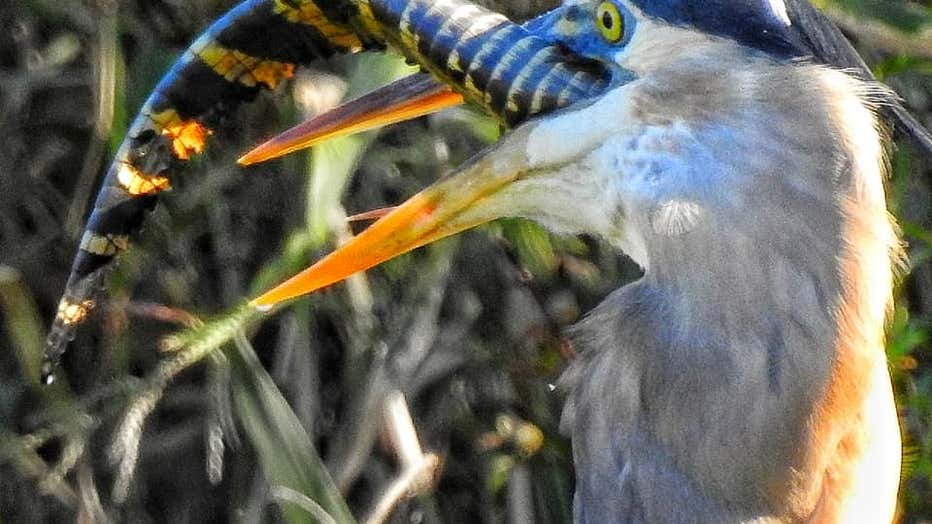 In one photo, only the tail of the gator is visible, emerging from the heron's beak. 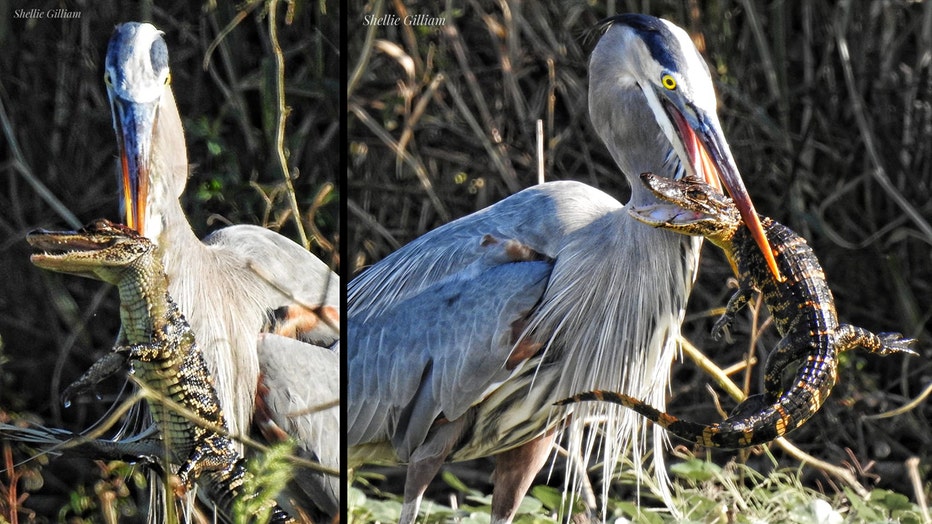 In another, the heron holds the reptile by its throat, as if it had just been tossed into the air and then caught.

A video clip showed the large bird's attempts to get the alligator to go head first down its throat.

Gilliam said it took the heron a significant amount of time to devour its meal. 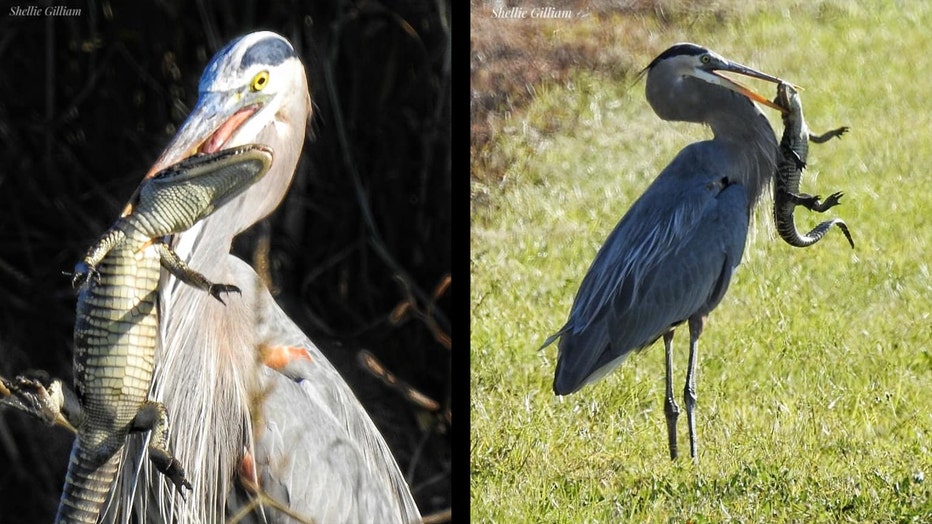 "The heron caught the alligator a few hundred yards away, where I spotted it first, then it flew with it in its mouth to this spot where the [heron] spent about 25 minutes finishing the alligator off and consuming it," her post read.

Great blue heron are a common sight along Florida's Gulf Coast. They're no snowbird, taking up year-round residence along lakes, canals, and inlets, according to the Florida Wildlife Conservation Commission.

They can grow to a full standing height of up to 6 feet tall and their bodies can be 4 feet long. Great blue heron eat just about anything found in Florida's wetlands, including fish, insects, crustaceans, amphibians, snakes, young birds, and rodents.