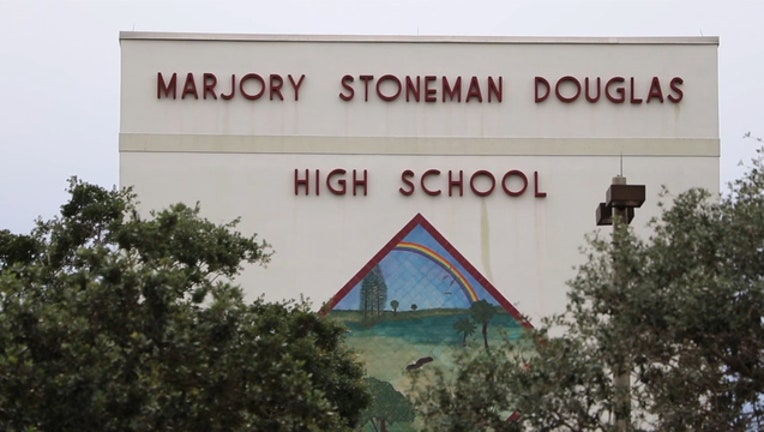 TALLAHASSEE, Fla. (NSF) - A week before the Parkland school-shooting anniversary, top Republican leaders in the Florida Senate have proposed plans to overhaul school-safety measures and expand a controversial program that allows school personnel to carry guns, a proposal that has overshadowed Democrats’ efforts to move away from arming school staff.

State Republican leaders, including Gov. Ron DeSantis, have shown support for expanding the Coach Aaron Feis Guardian Program, which was approved after last February’s mass shooting at Marjory Stoneman Douglas High School. The program includes putting money into training school staff to carry weapons on school grounds. Under current law, such “guardians” are staff members whose primary duties are outside the classroom.

The proposal was filed by the Senate Education Committee, chaired by Sen. Manny Diaz Jr., a Hialeah Republican who wants to see the guardian program become more accessible. He’d like to give school boards, through a majority vote, the chance to participate instead of giving sheriffs discretion to implement the program, as current law allows.

Senate President Bill Galvano, R-Bradenton, has already come out in support of the proposal, which is scheduled to be heard Tuesday, two days before the Parkland shooting anniversary.

“I look forward to seeing the bill advance, and I am pleased to see that the bill will be heard next week just before the anniversary of the horrific shooting in Parkland,” Galvano said.

The proposed legislation includes recommendations made by the Marjory Stoneman Douglas High School Public Safety Commission, which was formed by the Legislature last year to analyze failures during the Parkland school shooting that killed 17 people. GOP lawmakers, for example, want to withhold superintendents’ salaries if they do not accurately report crime and safety incidents.

House Speaker Jose Oliva, R-Miami Lakes, has said he’d like to crack down on school districts that aren’t providing incident reports to the state. His chamber has not filed a school-safety proposal, and there is no timetable for its release, said Fred Piccolo, a House spokesman.

The most eye-catching changes backed by Senate Republican leaders have to do with the guardian program, which has drawn opposition since it was created.

As of January, only $9.7 million out of the $67 million state lawmakers allotted for the program had been used, which has resulted in the program being implemented in 25 of the 67 school districts and 688 guardians being assigned to public schools.

“The way I envision this [program] is more access,” Diaz said. “I think that if we provide the ability to do cross-county training, it will incentivize the sheriffs to say, ‘If we have guardians, I would rather train them myself.’ ”

There have also been disputes about what to do with program money that has not been spent during the current year.

DeSantis supports rolling over the unused $57 million from the program to incentivize participation in the upcoming year. But two Democrats have filed legislation that would take a different approach.

Sen. Janet Cruz, D-Tampa, and Rep. Shevrin Jones, D-West Park, want to give school districts that don’t participate in the guardian program more discretion over how to better secure their schools. That could include anything from fencing to security systems to more cameras on campus, they said.

“The truth is, all districts are not the same and because of that, I can’t say that what works for Hendry County works for Broward County,” Jones said. “We can’t hold districts hostage because they don’t want to arm teachers, and that is what has happened.”

Cruz said strings attached to the guardian money is “ideological extortion.” The $67 million was appropriated for screening and training school guardians, as well as a one-time $500 stipend to participants.

“Our point is, let’s make this money available, why should it be sitting there for gun purchases? It is clear that many school districts have not taken advantage of this money because they are opposed to the program,” Cruz said. “Let’s take that money that is due to them and put it somewhere they believe that can keep their students safe.”

The proposals (SB 712 and HB 655) by Cruz and Jones have not yet been assigned to committees. While they are hopeful they will get a hearing, Cruz joked her bill will probably get five committee hearings, or in other words, be given a lot of hurdles to pass.

Diaz suggested that it will be easier to iron out school-safety policy changes this year because there is “less temperature in the room,” meaning the time has passed since the massacre.