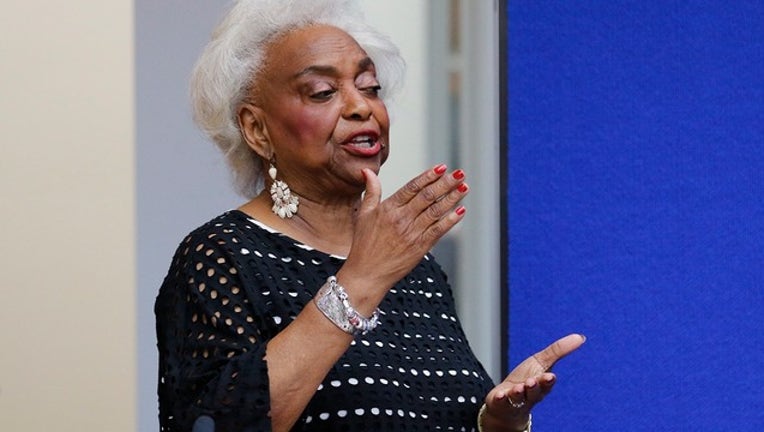 TALLAHASSEE, Fla. (NSF) - Citing widespread problems during the 2018 elections, Gov. Rick Scott on Friday suspended Broward County Supervisor of Elections Brenda Snipes and replaced her with one of his closest allies, Pete Antonacci.

“Due to her demonstrated misfeasance, incompetence, and neglect of duty, Supervisor Snipes can no longer demonstrate the qualifications necessary to meet her duties in office,” Scott wrote in an executive order issued late Friday.

Antonacci, who most recently has served as president and CEO of the economic-development agency Enterprise Florida, will remain in the post until a new supervisor is elected in November 2020, according to Scott’s office.

Snipes, who was appointed by former Gov. Jeb Bush in 2003 and has been re-elected four times, came under harsh criticism for numerous voting problems in 2018 and in previous elections.

Scott, a Republican, ran for U.S. Senate this year and ultimately defeated Democratic U.S. Sen. Bill Nelson following a manual recount. But in the chaotic days after the Nov. 6 election, Scott sued Snipes and Palm Beach County elections supervisor Susan Bucher, branding the two elections chiefs as “unethical liberals” and accusing them of trying to “steal” the election.

A circuit judge ruled that Snipes had failed to provide public records requested by Scott’s campaign and others, Scott noted in the order.

Snipes also improperly permitted staff to open provisional and mail-in ballots that had not been examined by the county canvassing board and failed to keep ballots that had been accepted and rejected by the board “appropriately segregated,” Scott’s executive order said.

While the Broward canvassing board completed a machine recount before a state-ordered deadline, Snipes failed to submit the results to the state Division of Elections before the deadline passed, Scott’s order said.

Snipes also said more than 2,000 ballots had been “lost, misplaced, or misfiled” between Nov. 6 and Nov. 15, but that the missing ballots were “somewhere ‘in the building’” but has not provided an explanation, the governor wrote.

The executive order also cited a litany of Snipes’ previous election mishaps, including early posting of some elections results in 2016, the same year that her office mailed out ballots that failed to include a constitutional amendment.

After repeated demands --- largely by Republicans, including President Donald Trump --- that Snipes be stripped of her post, she submitted a letter of resignation to Scott on Nov. 18, effective Jan. 4.

But in removing Snipes, Scott wrote that election supervisors “must carry out their duties in a manner consistent with state and federal law to preserve public confidence in the integrity of the elections process and the competence of elections officials.”

Scott grew increasingly frustrated with Snipes and Bucher as he watched his 56,000-vote election-night lead over Nelson evaporate as the South Florida supervisors continued to tally mail-in ballots. After statewide machine and manual recounts, Scott remained the winner in the race, ultimately topping Nelson by a little more than 10,000 votes.

Antonacci was hand-picked by Scott last year to head Enterprise Florida, a public-private agency that was under fire at the time.

In March 2012, Scott appointed Antonacci to complete the term of Palm Beach County State Attorney Michael McAuliffe, who had left for a job in the private sector. After Dave Aronberg was elected to the state-attorney job later that year, Antonacci became Scott's general counsel, a post he held until early 2015. He also has served as executive director of the South Florida Water Management District.