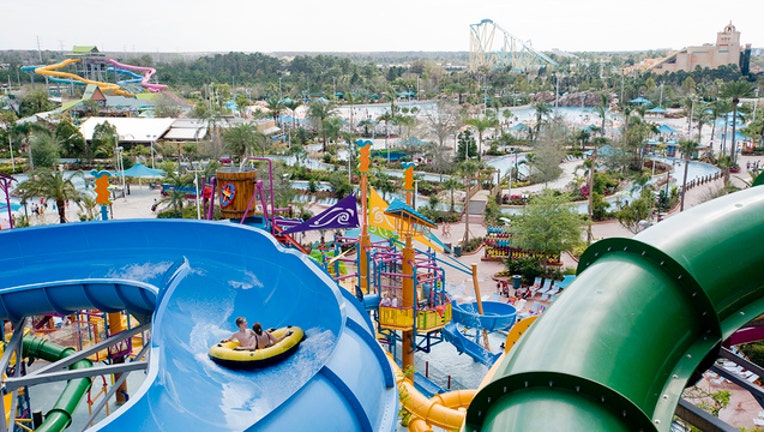 The sculpture measures 15 feet wide, 8 inches tall and took skilled artisans nearly 25 hours to complete. The sculpture will be on display inside the park for guests to see through March 5.

“The Sentinel just confirmed what everyone already knew, Aquatica is the place where Orlando residents go when they want the best water park experience,” said David Heaton, Aquatica Orlando vice president. “We are so excited to be the water playground of choice for Orlando locals and visitors alike.”

Ray Rush promises to be a "fully-loaded water adventure which will combine three unique slide elements, never before seen at Aquatica."

The park is also offering a deal on annual passes. Through March 15, Florida residents can purchase an annual pass to Aquatica for just $10 a month with EZpay. Aquatica Pass Members enjoy unlimited admission and free parking as well as discounts and the opportunity to be among the first to ride Ray Rush when it opens in spring 2018.  Read more at www.AquaticaOrlando.com.