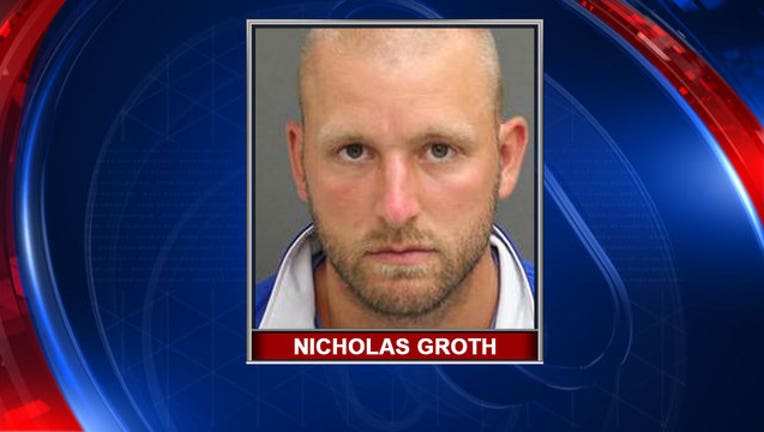 According to the arrest affidavit one of Groth’s alleged victims identified him as he was coaching youth baseball at the ESPN Wild World of Sports.

Deputies believe Groth grabbed kids at the pool at the Pop Century Resort over the Fourth of July weekend.
At least two kids reported that Groth grabbed and squeezed their bottoms while they were playing catch in the pool.

According to deputies, when confronted by a father Groth denied any inappropriate behavior and  said he was a youth baseball from Wisconsin.

Groth’s arrest comes a day after FOX 35 reported about another man arrested at a Disney World pool.
Deputies say Aman Bhatia grabbed and groped teens at the wave pool at Disney’s Typhoon Lagoon over the Fourth of July weekend.

He was arrested and released on bond on Wednesday.   Thursday evening, Groth remained in the Orange County Jail with no bond.