A section of the temporary seawall protecting homes in Daytona Beach Shores, Florida is still damaged, five days after officials say someone cut it.

Those barriers are protecting homes along the coast from ocean waves since hurricanes degraded the shore. At least, they were, until the Florida Department of Emergency Management said someone took a knife to them. Some homes are still completely exposed.

"We are very worried," said Agrawal Vaidehi, who lives a few houses down from where the Tiger Dam was destroyed.

Vaidehi already lost 100 feet of the dune behind her home. She said it would have been tough to start building their temporary seawall without the protection, especially during the weekend's king tide. 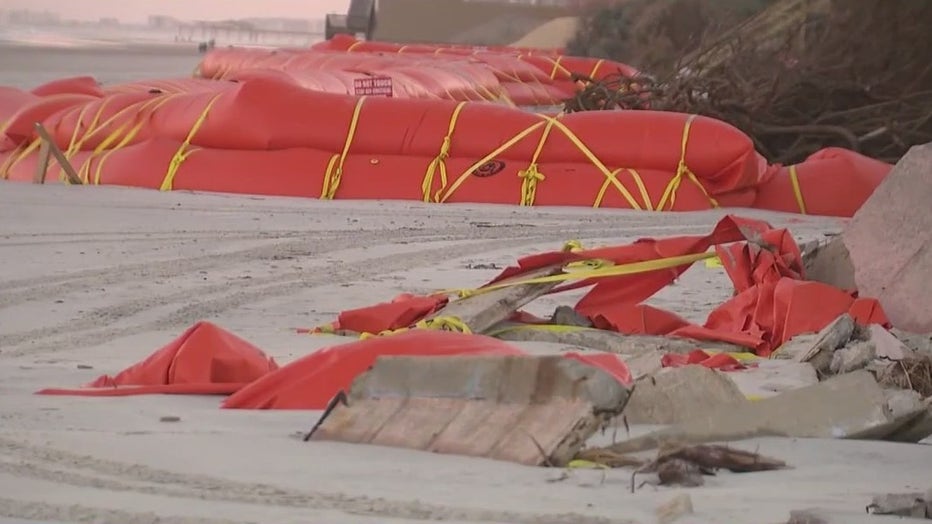 "It was very nice protection from the Tiger Dam," Vaidehi said.

Crews have been working to rebuild the barrier, facing difficult conditions.

"You’ve got the people out there doing their best to put this in and install it and the conditions are rip tide and the king tides, the big currents that come through here," said Paul Vickers, the president of U.S. Flood Control, the company that builds Tiger Dams. "They can take a man off his feet, and it can be very dangerous." 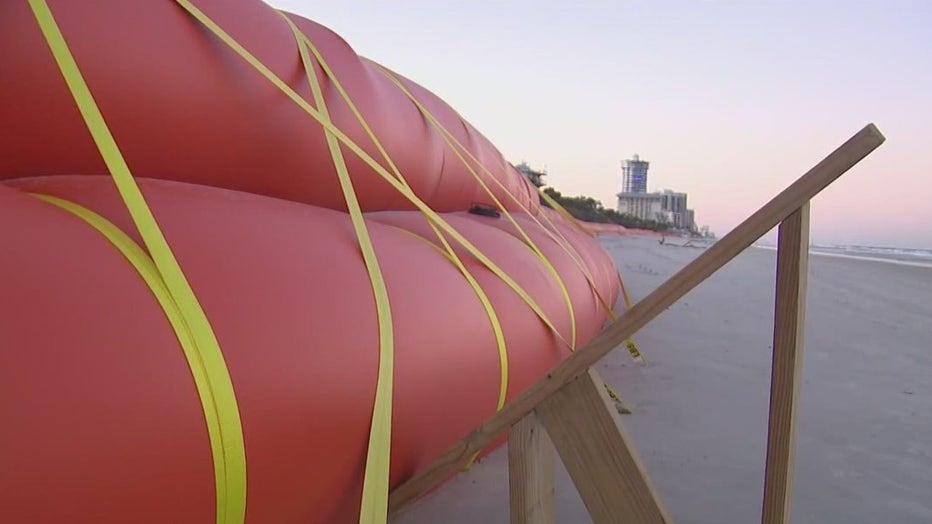 "You have to really reengineer that section of it and then tie it in like Lego blocks to the next piece," Vickers said.

The damage could cost $1.5 million, but it's still unknown how much damage flooding could do to the homes behind the dam. It's still unclear when the section of the dam will be back up and fixed.