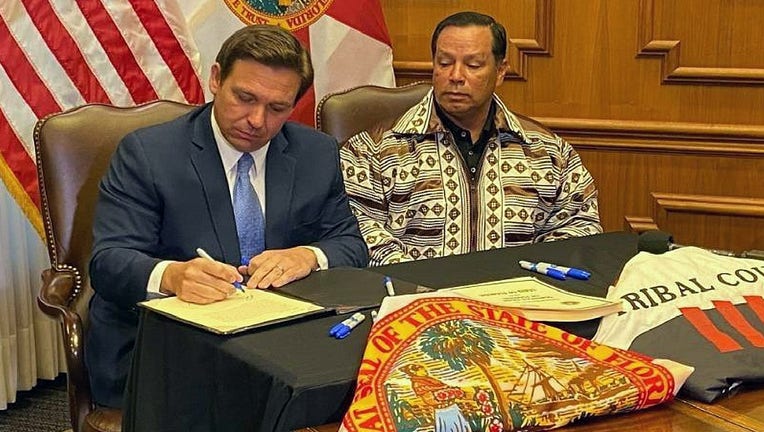 TALLAHASSEE, Fla. - After giving $1 million in August, the Seminole Tribe of Florida last week contributed another $1 million to the Friends of Ron DeSantis political committee, according to a newly filed finance report.

The committee plays a key role in Gov. Ron DeSantis’ bid for re-election in November. DeSantis and the tribe last year negotiated a deal that included allowing the Seminoles to operate sports betting in the state. Lawmakers approved the deal, known as a compact, but a federal judge later blocked it.

Also last week, the tribe contributed $1 million to the Protect Our Values Political Committee, which was formed in late August and had not reported spending any money as of Sept. 30, according to information on the state Division of Elections website.