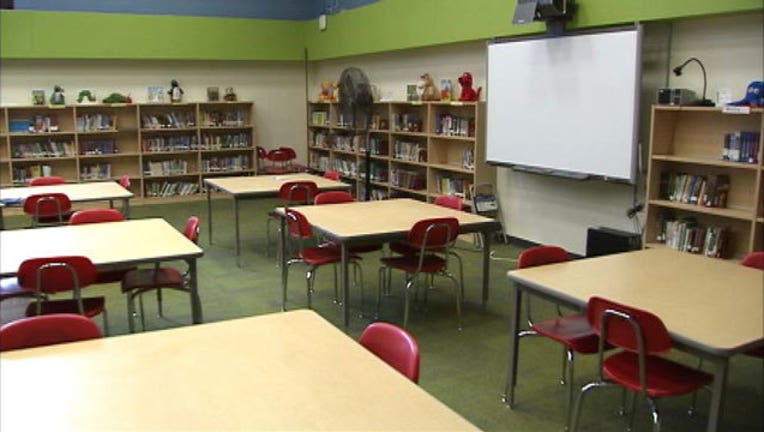 The proposals are part of a House bill (HB 7055) that is a priority of Speaker Richard Corcoran, R-Land O’ Lakes. In part, it contains a new state-funded “Hope Scholarship” program that would let bullied public-school students transfer to private schools or other public schools.

The scholarship program would be funded by letting Florida motorists voluntarily agree to contribute money to the program when they buy or register vehicles. The donations would act as a credit against the sales taxes motorists normally pay in vehicle transactions.

But the most contentious part of the debate Tuesday was over an amendment, sponsored by Sen. Dennis Baxley, R-Ocala, that would result in teachers’ unions losing state certification if their membership falls below 50 percent of the employees they represent in the collective-bargaining process.

A similar provision was stripped out of the bill last week in the Senate Education Committee. But Baxley’s amendment was approved Tuesday in the Appropriations Committee in a largely party-line vote, with Democrats calling it a “union busting” measure.

“We say that we are for our teachers,” Powell said. “Then we try to get rid of a unit that fights for the rights of those individuals. I don’t think we’re moving in the right direction.”

Baxley said the measure was aimed at revising the way teachers pick organizations to represent them in the collective-bargaining process, where unions negotiate with local school boards over issues like pay and working conditions. Under Florida’s “right to work” policy, teachers do not have be members of unions, although the unions represent them in the negotiating process.

“This is looking at, how do we choose that representation? And it’s simply saying, what’s wrong with having a majority of that work group if that’s what they want?” Baxley said. “If you represent the majority of that workforce, then you’re the right people, with strong credibility, to be negotiating on their behalf.”

Rich Templin, representing the Florida AFL-CIO, warned that allowing local teachers’ unions to lose their certification would lead to “chaos” because it would invalidate existing employment contracts.

Melissa Faust, representing Americans for Prosperity, spoke in support of the measure, noting it would require unions to report on how many dues-paying members they have and how many overall employees they are representing in the negotiations.

“We just believe that this amendment language comes down to creating additional empowerment for teachers and accountability for unions,” Faust said.

The legislation contains a number of other changes for the public-school system, including some revisions in a controversial “schools of hope” program that was approved last year. That program is aimed at creating more charter schools in areas served by “persistently low-performing” schools.

The bill would create a separate category in the school funding formula for mental health funds.

It also would require students entering high school in the fall of 2018 to take a financial literacy course before they graduate.

The bill next moves to the Senate floor.