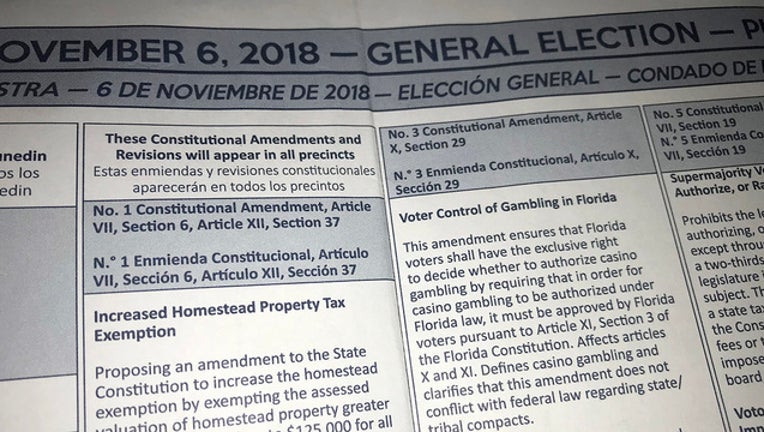 TALLAHASSEE, Fla. (NSF) - Mirroring a measure filed in the House, Sen. Dennis Baxley, R-Ocala, filed a proposal Thursday that would make it harder to amend the state Constitution.

Baxley’s proposal (SJR 232) would require support from two-thirds of voters for passage of constitutional amendments. That would be up from the current 60 percent threshold.

Rep. Rick Roth, R-Loxahatchee, filed an identical proposal (HJR 57) in November in the House. Both measures are filed for the 2019 legislative session, which starts March 5. The measures are proposed constitutional amendments because the 60 percent threshold was put into the Florida Constitution in 2006.

If approved by lawmakers, the higher threshold would go on the 2020 ballot. The proposals come after voters approved 11 of 12 constitutional amendments on the Nov. 6 ballot.