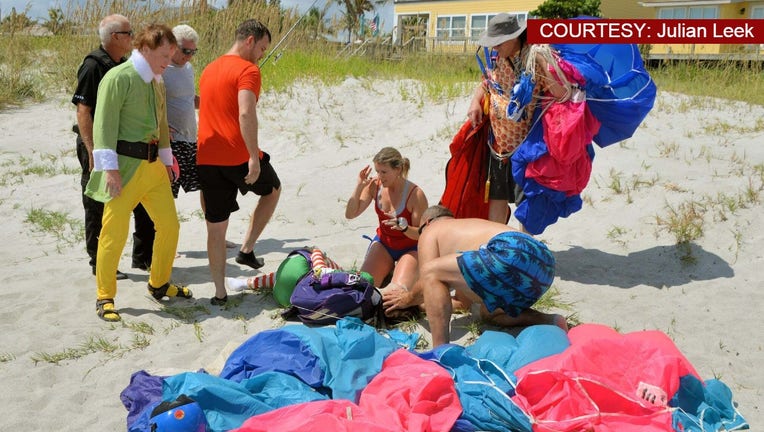 LAKE MARY, Fla. - A skydiver who was participating in a jump at Melbourne Beach was injured after making a hard landing on the sand, officials say.

Melbourne Beach police officers who were patrolling in the vicinity responded to the incident around 12:30 p.m. on Sunday.

The skydiver, a woman who appeared to be dressed as a Christmas elf, was experiencing pain after landing. Witnesses said a person dressed as "Buddy the Elf" from the popular Christmas movie Elf rendered aid until paramedics arrived.

According to Brevard County Fire Rescue, the woman suffered a broken leg and was taken to Holmes Regional Medical Center in Melbourne. She is a local Melbourne Beach resident, they said.