NORTH FORT MYERS, Fla. - The second of two eggs in the nest of bald eagles Harriet and M15 has hatched.

A tiny crack was first spotted on one of the two eggs Tuesday morning.

By Wednesday evening, the first eaglet hatched. By Friday, the baby bald eagle, called E21, was eating fish brought by its doting mom and dad. 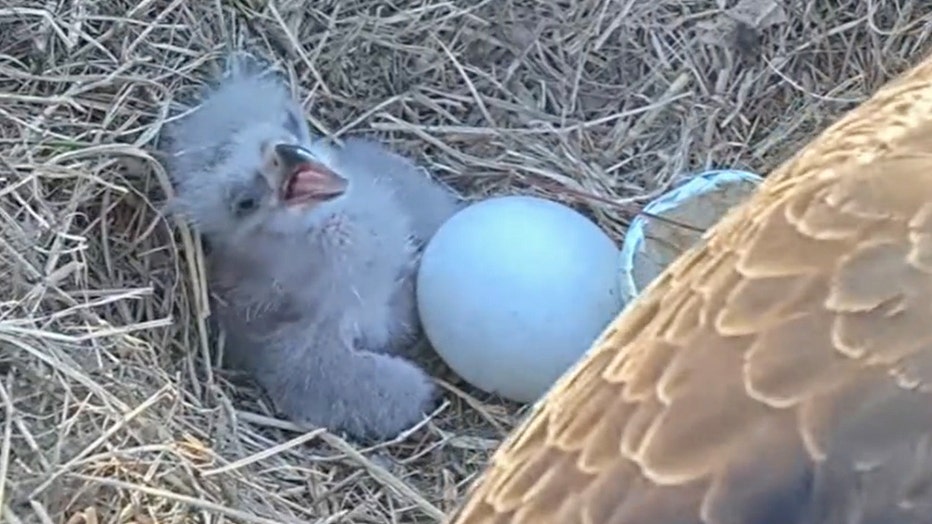 E21 is not even a day old as it gazes up at its mom, Harriet.

Millions have tuned in to the live stream, hoping to catch a glimpse of Harriet, M15, and their eaglets.

Live-streaming video of the eagles' nest is being broadcast from several camera angles, none of which disturb the eagles or make any sound.

The second of two babies in a Southwest Florida eagle nest has made its way into the world.

Hurricane Ian destroyed the famous eagles' nests, but two days after the storm passed, the pair began to rebuild.

That one stick turned into a new nest.

Now three months later, those two eggs laid by Harriet are now tiny eaglets who will soon be juvenile eagles, ready to fly off to build lives of their own.

"It’s just been an amazing process and shows how resilient they are. It’s just everything coming at them and they’re just always natural instinct at their finest," said Ginnie Pritchett McSpadden. 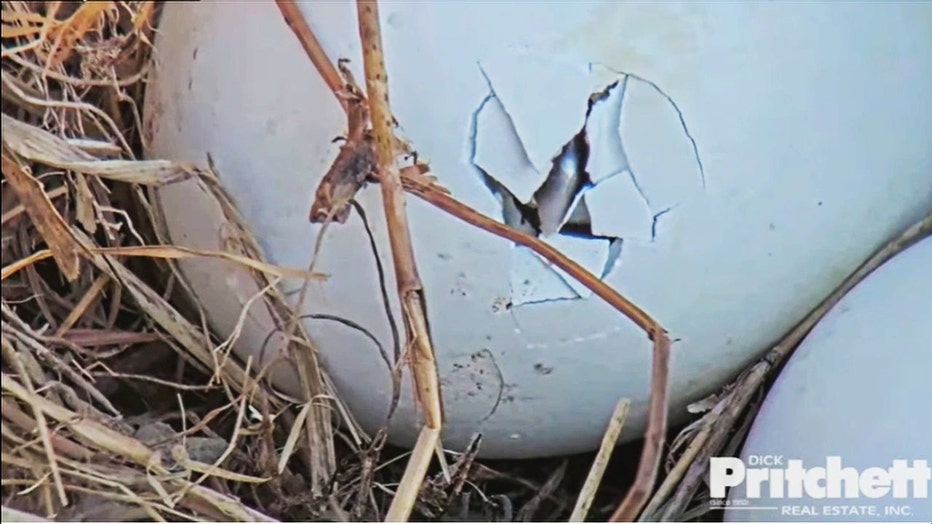