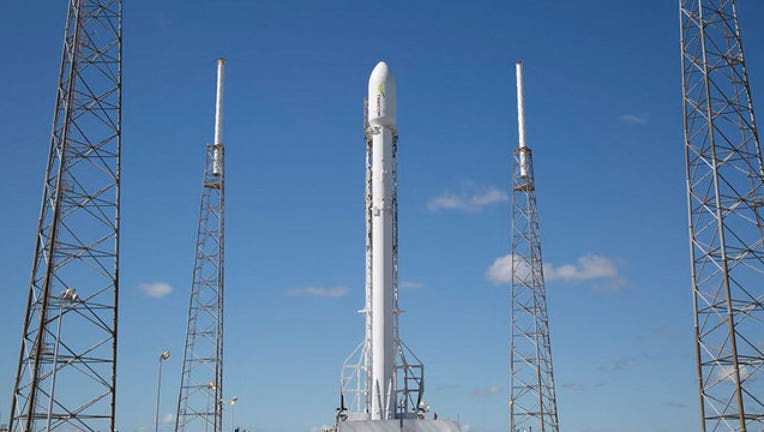 CAPE CANAVERAL A.F.S. (WOFL FOX 35) - The launch a Falcon 9 rocket from Cape Canaveral will be pushed to no earlier than Friday, SpaceX announced early Thursday evening.   SpaceX had hoped to send the rocket into orbit at 5:40 p.m.  Other than strong upper level winds, the weather was mostly favorable; however, it appeared a technical issue delayed the launch.

"There was a tiny glitch in the motion of an upper stage engine actuator. Probably not a flight risk, but still worth investigating," tweeted SpaceX founder and CEO Elon Musk.

This planned launch comes just a few weeks after the last SpaceX mission.  On May 6, SpaceX's experimental landing of the first stage booster -- which the company wasn't even sure it could pull off at the time -- suffered what  SpaceX founder and CEO Elon Musk called "max damage due to high entry velocity."

SpaceX shipped the booster to their hangar, where they are storing the other two successfully landed boosters. Although Musk has not said whether that one will fly again, it still will provide valuable data about these experimental landings

The Falcon 9 will carry an 8,000 pound communications satellite for Thaicom into geostationary orbit, 22-000 miles above the earth's surface.