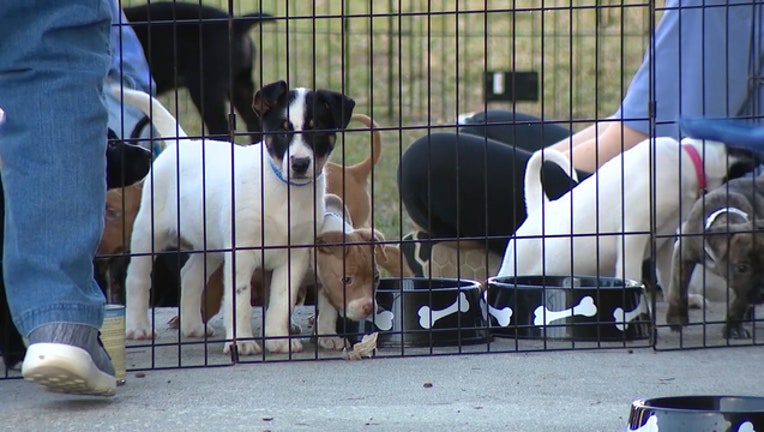 Local pilot Michael Young says he made the trip to Alabama to rescue dogs that he says would likely have been put down.Young says he makes several trips each month. Each time, landing at the Apopka airport with a plane full of pups.

“On this flight, I had 31 puppies. The max I’ve ever transported on a flight was 36 puppies. I usually take three helpers with me, usually young ladies, small size and they take care of the puppies on the plane. What do they do on the plane? Mostly they sleep,” Young said.

Young says he works with an animal rescue group in Alabama to coordinate the dogs being picked up. Once he lands in Central Florida, the dogs go to local rescues to be adopted. He says he’s flown more than 4,000 puppies since 2011.