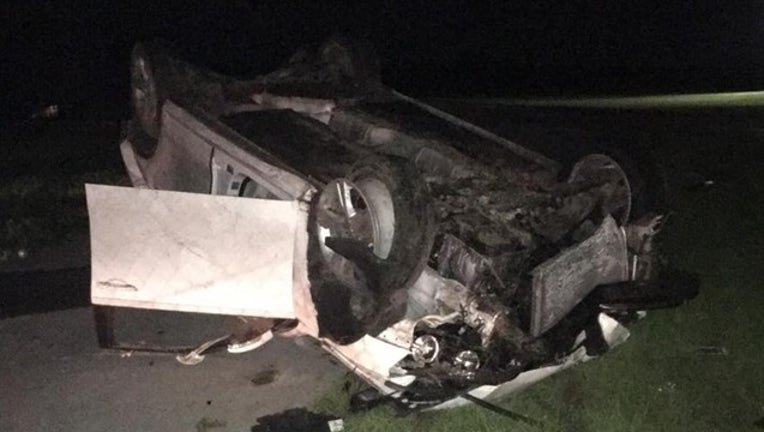 OCALA, Fla. (FOX 35 WOFL) - Police in Ocala are reminding drivers to watch their speed after a vehicle went through a horrible crash near an airport.

The Ocala Police Department says that at 3:38 a.m., an officer was driving on 60th Avenue when he discovered a hole in the airport fence at the 20th Street intersection. He then observed a car, which had rolled about 200 feet onto airport property.

Surveillance video, according to police, revealed that the driver of the vehicle had been speeding on 20th Street, hit the curb, went airborne through the fence, and flipped multiple times. He was found unconscious and is receiving treatment for non-life threatening injuries.

Photos of the incident were posted on Facebook and can be seen below.