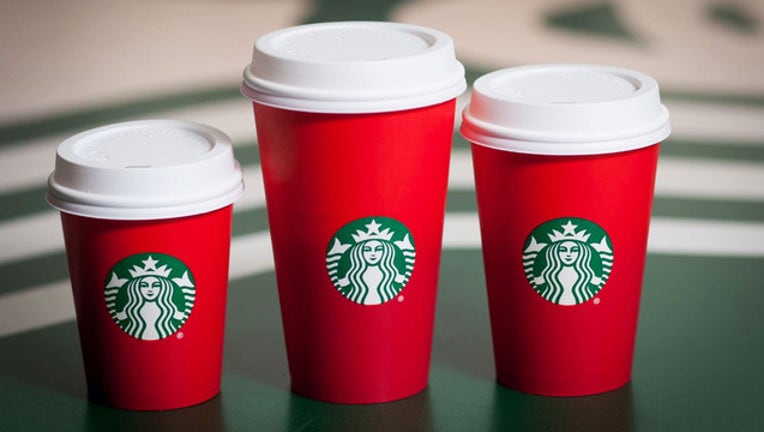 TAMPA (FOX 13) - Starbucks is at the center of a venti, hot social media firestorm surrounding the release of this year’s holiday-themed coffee cups.

The controversy has been brewing since the cups hit stores over the first weekend of November, and people are pretty steamed, saying that this year, Starbucks has taken the Christmas out of their cups.

In the past, the company has switched out their usual white cups with wintry and holiday-themed designs like snowflakes, ornaments and nature scenes.

This year, however, they’ve opted for a solid red cup, with their traditional green and white logo as the only design to be seen.

Critics are not happy about the change, and are accusing Starbucks of oppressing Christians and insulting Christmas. Some are taking to social media to express their displeasure; some are voicing their thoughts in stores; and others, like Facebook user Joshua Feuerstein, are doing both.

In a video he posted to his personal Facebook page, the former pastor claimed Starbucks wanted to take Christ and Christmas out of their new cups. He added that employees are “not allowed to say ‘Merry Christmas’ to customers”, and went on to explain how he "pranked" them into doing so anyway.

**SCROLL DOWN FOR VIDEO**

“I went in and I asked for my coffee, and they asked for my name, and I told them, ‘My name is Merry Christmas’,” he said in his video. And with a slight turn of his cup, he revealed the holiday sentiment written in black sharpie where his name would usually be. “So guess what, Starbucks? I tricked you into putting ‘Merry Christmas’ on your cup.”

Feuerstein said his plan was better than boycotting the store. He called it a movement, and is now challenging all “great Americans and Christians around this great nation” to follow his lead and take their own coffee selfies.

The video had been viewed over 12 million times within a week, but not everyone who's seen it has stood behind him.

One person, for example, suggested over Twitter that both, the accusation against Starbucks, and the method of protest, were "dumb".

Another person thought the entire thing had to be a publicity stunt.

Well, Starbucks finally responded once and for all. According to the chain, the design was "meant to embrace the simplicity and the quietness of the holiday season.”

Watch the video, as posted on Joshua Feuerstein's Facebook page: