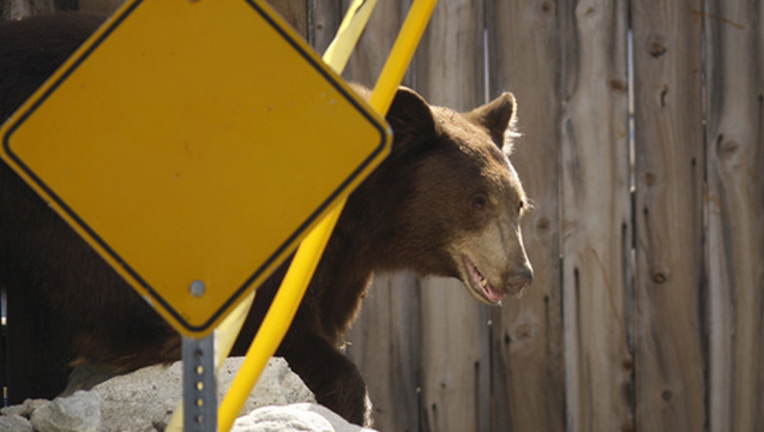 An adult black bear walks through a residential neighborhood on September 9, 2012 in Montrose, California. (Photo by David McNew/Getty Images)

TALLAHASSEE, Fla. (NSF) - Eight counties and two cities will divide $500,000 the state has set aside to help reduce bear-human conflicts.

The Florida Fish and Wildlife Conservation Commission announced Wednesday the awarding of the “BearWise” funds, with the largest allocations going to Seminole County, Apopka and Santa Rosa County.

Seminole County will receive $177,000 and the Orange County city of Apopka will get $85,000, with both planning to sell bear-resistant trash cans to residents at a discounted price.

Santa Rosa County will get $58,000 to make dumpsters bear-resistant at restaurants and other businesses in southern parts of the county.

The commission also is sending $25,000 to Lake County for discounted bear-resistant trash cans. Lake, Santa Rosa and Seminole counties and Apopka are getting 69 percent of the state agency’s money, which was approved by the Legislature and generated in part through the sale of “Conserve Wildlife” license plates.

Last year, the commission had $515,283 available, which went to seven counties, a parks department, a homeowners' association and a community for surviving spouses of retired military members.

In 2016, the agency was able to spread $825,00 to 11 counties, three cities and two homeowners’ associations, with the grant money including fees raised from a 2015 bear hunt, the only one the state has held in more than two decades.