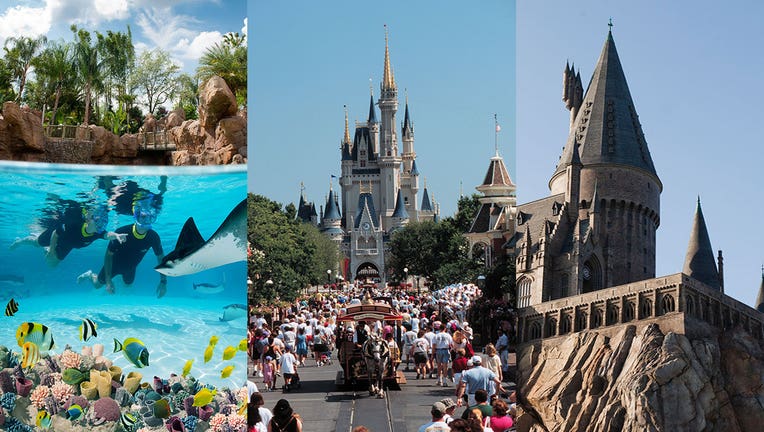 TALLAHASSEE, Fla. - Visit Florida intends to use marketing dollars unspent from late winter and spring, as the coronavirus took hold, to get people to again explore the state.

In addition to a more-traditional $39.8 million marketing plan that will go before the Visit Florida Board of Directors on Wednesday, the tourism agency is looking to roll over $13 million from campaigns that were shelved as the virus largely shut down the travel industry.

Timelines for the marketing efforts have not been set, as virus case numbers continue to spike, and as funding sources, such as rental car fees that produce up to $22 million a year, may run short.

“Our plan was designed to remain nimble as local health data, traveler attitudes and resident sentiment evolves,” Mellman said. “We're regularly monitoring a series of data inputs to evaluate when the most effective time will be to launch our marketing efforts.”

The first tier of the rebound plan will focus on getting Floridians to travel in the state and to attract people from other states who would drive.

While outdoor activities have increased, travel confidence still lags as most of the state is in the second phase of Gov. Ron DeSantis’ three-phased economic reopening effort that began in May. COVID-19, the respiratory disease caused by the coronavirus, forced businesses across the state to close or dramatically scale back in late March and April.

“Ultimately, it's going to come down to personal decisions by the travelers and how they feel (about) safety and confidence,” Mellman said.  “I think that that's going to be continuously evolving as more information comes out about it, as drugs are developed or vaccines and COVID becomes part of the way that we live every day.”

Tourism in Florida fell 10.7 percent in the first quarter of 2020 from the same period a year earlier, reversing a nine-year upward trend and representing the largest single-quarter reversal since after the Sept. 11, 2001, terrorist attacks.

International travelers to the United States, with Florida the first scheduled stop, decreased 45.8 percent in the first four months of the year from the same time in 2019, according to Visit Florida. Meanwhile, projected airline capacity from April through August is down 86 percent from Canada and Brazil, 59 percent from the United Kingdom, and 65 percent from Germany.

Visit Florida has previously pointed to potential long-term effects of the coronavirus on the tourism industry, saying people are expected to initially prefer short drives rather than long flights.

Jacob Pewitt-Yancey, director of consumer insights and analytics for Visit Florida, said Tuesday a Harris Poll found that more than 37 percent of people surveyed might wait two or three months before going to restaurants whenever the crisis is finally considered over.

More than 50 percent may wait up to a half year before they return to sporting events once the all-clear is signaled. Air travel may have to wait a year for 31 percent of those travelers. More than 50 percent will wait at least a year or never again take a cruise.

Florida hotels lost nearly $3.5 billion in revenue between March 1 and May 30, Pewitt-Yancey said.

Nearly 40 percent of people who filed unemployment claims in Florida between March 15 and April 21 came from the tourism sector.