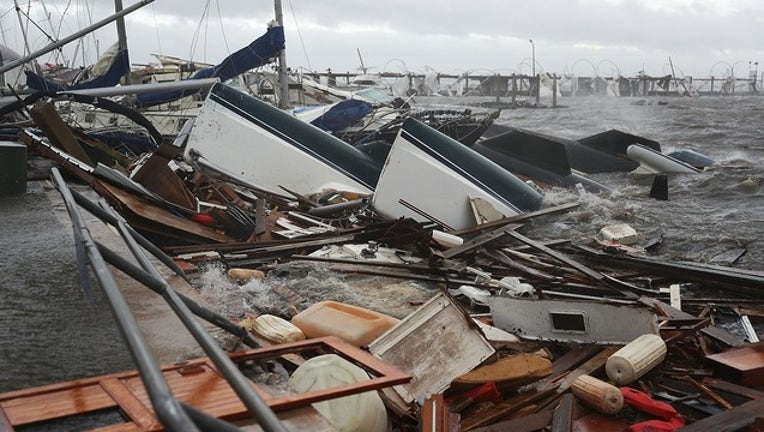 TALLAHASSEE, Fla. (NSF) - Visit Florida is moving forward with a $9 million marketing plan to combat media reports and negative public perceptions about how much of the state remains in ruins from Hurricane Michael.

The tourism-marketing agency’s executive committee voted Friday to support a plan that includes highlighting what has reopened in areas hit by the deadly Oct. 10 storm in Northwest Florida. The plan also seeks to call attention to other areas of the Panhandle, such as Pensacola, that were largely unscathed and deliver a message that “the rest of Florida is wide open for business.”

“If we do not manage the customer perception, it could be very devastating to our economy if they think that (hurricane damage) is very widespread,” said committee member Dan Rowe, president and CEO of the Panama City Beach Convention & Visitors Bureau.

The marketing effort will feature domestic and international ads along with heavy use of videos on social-media sites showing what’s open and the recovery efforts. It is seen, in part, as a continuation of ongoing work to address concerns of potential tourists about algae and red-tide problems in waterways in Southeast and Southwest Florida this year.

Staci Mellman, Visit Florida’s interim chief marketing officer, said the post-Michael effort will be layered on a planned $500,000 campaign that is set to kick in once the red tide problems subside.

“It’s all about maintaining Florida’s brand perception and ensuring we stay a top tourist destination,” Mellman told members of the executive committee during a conference call.

A goal for the agency is to find a balance in marketing what is open while being respectful to people in areas like Mexico Beach and Port St. Joe, which were decimated by the storm and face a long recovery. The agency also has to grapple with media images of storm-damaged areas.

Committee members balked at a proposal to prominently display on the Visit Florida homepage a map outlining areas of the state that are open and closed.

“The general perception is Florida is in a hurricane, a lot of damage happened and everything is closed,” committee member Danny Gaekwad of MGM Hotels said as he unsuccessfully pitched the idea. “The best way to fight, to educate the customer on how big is Florida, is very simple, where the damage is and where the damage is not.  The airline is coming. The roads are open. Bridges are open. Points of interest are open. And that gives the best perception, I think, because we are fighting the media.”

Committee members said such information will be on a webpage focused on Northwest Florida, but they don’t want to highlight hurricanes on the homepage.

Visit Florida has contracted with the international public-relations firm Ketchum, and the state agency will begin working next week with tourism officials in four Panhandle counties --- Escambia, Santa Rosa, Okaloosa and Walton --- that were mostly unscathed by the storm.

The plan must still go before Visit Florida’s Finance Committee as the agency determines where the money will come from.

Cynthia Hefren, Visit Florida chief financial officer, said the agency is looking at a “variety” of sources, such as $1 million available for a crisis and shifting about $1.3 million from the agency’s uncontracted funds.

The agency received $76 million from the state Legislature for the fiscal year that started July 1.

A year ago, Visit Florida enacted a similar $5 million winter-marketing plan to promote the Florida Keys after the island chain was ravaged by Hurricane Irma.