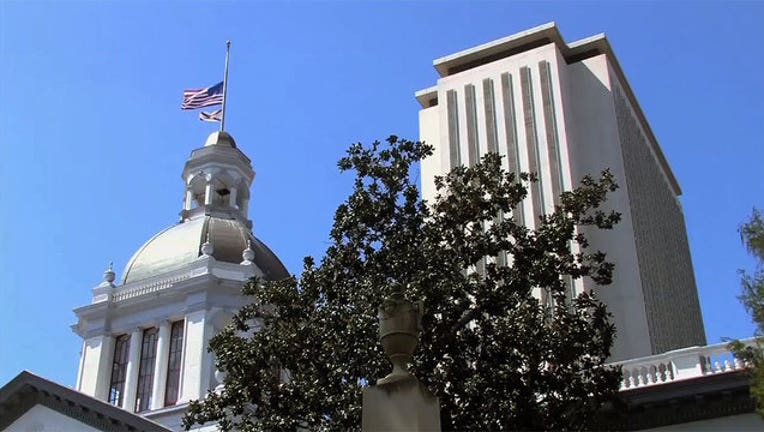 TALLAHASSEE, Fla. (WOFL FOX 35) - Transportation officials are moving forward with projects to build 45 bicycle and pedestrian paths throughout the state, including five sections of a semi-completed trail across Central Florida that has been a priority of outgoing Senate President Andy Gardiner.

The Florida Department of Transportation this week announced the selection of the first projects to receive money from the $25 million a year that lawmakers in 2015 designated for pedestrian and bicycle trails. Money for the program comes out of a $225 registration fee imposed on new vehicles.

The five sections of the trail across Central Florida --- four in the planning stage, one to begin construction before the middle of next year --- account for nearly $5.3 million of the $44.4 million allocated Tuesday by the Department of Transportation. The Central Florida trail has been dubbed the "Coast-to-Coast Connector."

The newly announced list of projects includes two years of money set aside from the vehicle-registration fees.

The combined 20.5 miles of off-road pavement in the five projects for the Coast-to-Coast Connector would help close gaps in the envisioned 250-mile bicycle and pedestrian trail, which is eventually expected to provide a winding course from St. Petersburg to the Canaveral National Seashore.

Another 17 projects on the list, receiving a combined $13.2 million, are for parts of the 270-mile St. Johns River-to-Sea Loop, which will link areas such as St. Augustine, Daytona Beach, Titusville, DeLand and Palatka.

"The Coast-to-Coast is more complete than the St. Johns River-to-the-Sea," Florida Transportation Development Administrator Jim Wood said. "But there are gaps that we're working on and that's the whole idea of this program, is to have a concerted effort to complete those projects."

Wood said the completed trails are expected to draw Floridians and tourists.

"We often cite, in Florida, Dunedin along the Pinellas Trail and Winter Garden along the West Orange Trail, as having been transformed by the trails," Wood said. "And it's not just bicyclists or the trail advocates that speak to that, it's the economic-development directors and chambers of commerce that talk about how they've changed those communities."

"We focus so much on what draws people to a community, and for the under-30 crowd, the reality is it's mass transit, it's trails, it's a really sustainable, livable community," said Gardiner, an Orlando Republican who is a former triathlete.

The connector, which like many trails follows abandoned railways, canal banks and utility lines, is to connect existing trails in Brooksville, Winter Garden, Sanford, Titusville and the Pinellas Trail.

Lawmakers approved the overall program --- known as the Shared Use Nonmotorized, or SUN, Trail, program --- in 2015, a year after Gov. Rick Scott vetoed $50 million for the Coast-to-Coast Connector. Scott said in a veto letter that the budget item would be outside the Department of Transportation's normal prioritization system. Scott added in the letter that despite being "worthwhile," the connector "can be built incrementally and consistent with a prioritization of gaps in the existing trail system."

In a release Tuesday from the Department of Transportation announcing the new funding, Scott touted the "investment" in "safe recreational opportunities."

Gardiner said he pushed for too much money at one time in 2014.

"The reality was there (weren't) enough projects four years ago that had been identified to spend all $50 million," he said.

Gardiner added he hopes by spreading out the money for uncompleted Coast-to-Coast Connector segments, the remaining gaps can be filled within just a few years.

"There is no reason why the state of Florida shouldn't compete with California, Colorado and other places for bike riders," Gardiner said. "With the Coast-to-Coast you have the opportunity to tell somebody, 'Here is a trail that you can ride across the state of Florida safely and stop at communities along the way.' "

The timeline may be more than just a few years.

About 140 miles of the connector are completed and 60 miles are at some phase of work, with local communities helping fill gaps. Another 50 miles remain to be set, although that number varies as the final layout of those sections has yet to be determined.

Also, the four Coast-to-Coast projects that on Tuesday received funding for preliminary engineering are expected to still need an additional $38 million for land acquisition and construction.

"These projects take time," Wood said. "There are a lot of factors, money and other issues, design issues that come together. But I think this is a real push forward for Florida. We've had trails coming together in a connected system for some time and this Sun Trail program allows both the planning and the funding to bring these forward in a more aggressive way in the future."