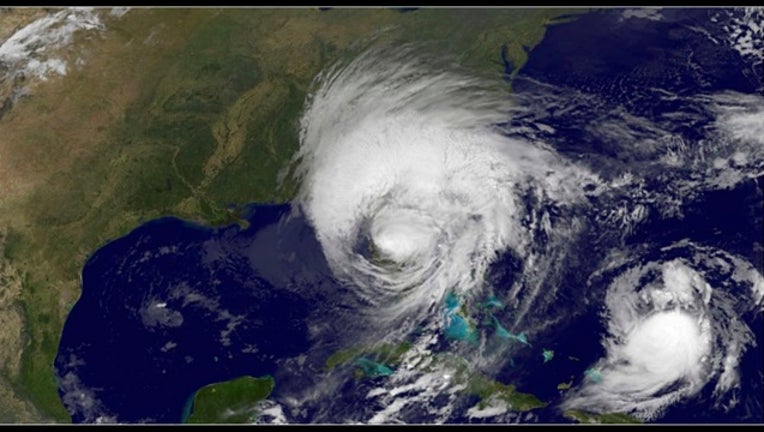 The projection is from 25 state agencies for impacts from the storm that made landfall Sunday in the Florida Keys and Southwest Florida and then traveled up the state. The storm, which continued to leave nearly 1.9 million homes and businesses without power Friday morning, also caused still-unknown billions of dollars in damages --- from property destruction to economic impacts --- across the state.

But by comparison, the final tally for Hurricane Matthew, which affected the state without making landfall last October, was about $268.5 million.

Some agencies are listing modest impacts from Irma. The Department of Revenue put its costs at $954 for protective measures, and the Florida Lottery, which suspended games Sunday and Monday, reported $1,322 in impacts, of which $1,000 was for utilities.

The state Division of Emergency Management started to compile the numbers after President Donald Trump on Wednesday approved Gov. Rick Scott's request for an emergency declaration.

The declaration authorized the U.S. Department of Homeland Security and the Federal Emergency Management Agency to coordinate disaster relief efforts, including equipment and resources.

More than 40 percent of the state's initial projected costs, $112.77 million, were tied to storm preparation by the Division of Emergency Management.

The Department of Transportation, as part of its $108.5 million in storm costs, estimated debris removal will come to $86.8 million.

The Department of Corrections, which evacuated more than 12,000 inmates and on Thursday said some inmates will remain at alternative locations until road conditions improve and facilities can undergo necessary repairs, put its costs at $21.55 million.

With every member of the Florida National Guard activated, the Department of Military Affairs put its initial costs at $7.8 million.

Meanwhile, with the roughly 1,700 members of the Florida Highway Patrol working 12-hour shifts, the Department of Highway Safety and Motor Vehicles has placed its expenses at $4 million.

The Fish and Wildlife Conservation Commission, with more than 200 officers providing evacuation support and post-storm search and rescue missions, was up to $2.3 million.
The Department of Financial Services projected a $1.58 million impact, while the Department of Health was at $4.7 million.

The South Florida Water Management District has a preliminary $4.8 million tab, of which $3.3 million is projected for debris removal and $836,312 is for protective measures.