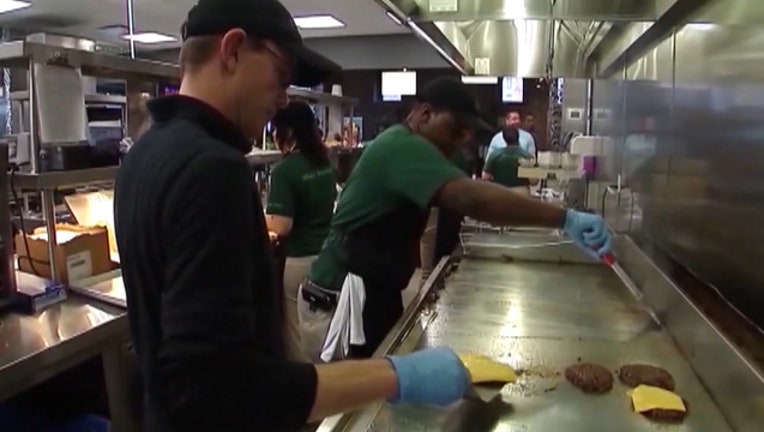 LAKE MARY, Fla. (FOX 35 ORLANDO) - The petition drive to raise Florida's minimum wage to $15 per hour is fast nearing its goal and a spot on the 2020 ballot.

Representatives at the Fight for 15 campaign said Friday that they believe they have met close to 99 percent of the requirements to get their constitutional amendment on the ballot.  State law requires the campaign get 766,200 signatures from voters to make the cut. As of Friday, the Florida Division of Elections says the group's collected 758,409 valid signatures; leaving them just over 7,000 away for the requirement.

Attorney John Morgan, the man credited with getting medicinal marijuana on the ballot in recent years, announced the Fight for 15 campaign in January, saying the amendment would slowly increase the minimum wage to $15 over a period of several years.

This week, the City of Orlando voluntarily began raising their minimum wage to the $15 per hour mark. Mayer Buddy Dyer directed staff to raise their lowest paid workers to $13 per hour as of October 1, $14 at this time next year, and $15 in October 2021. The city said their lowest paid employee was at $11.25 per hour and only 290 of their full and part time employees were below the $15 mark.

Other city workers making more than $15 will also get raises at that ratio. The total estimated cost to get to $15/hour effective October 1, 2021 is approximately $3,347,873.57 over the three years. The city is also revising their Responsible Contractor Policy to require contractors working for them meet the $15 salary requirement.

The $15 per hour movement is not exclusive to Florida with groups across the country asking governments and individual employers to raise their minimum wages. A bill to do-so nationwide has passed the U.S. House of Representatives, but is currently stalled in the Senate.  Opponents of the movement often say it would over-pay low skilled jobs and lead to a higher cost of living for all.