Swatting calls on the rise in Volusia County

Swatting, or making a prank call to 911 in an attempt to draw a large number of armed police officers to a particular address, is on the rise in Volusia County. These prank calls that have very real consequences as they are costly and sometimes deadly.

DELTONA, Fla. - A massive deputy response in a Deltona neighborhood appears to have been a "swatting call," the Volusia County Sheriff’s Office said Monday.

Deputies and first responders rushed to a neighborhood near Saxon Boulevard and Normandy Boulevard Friday evening after a 911 caller reported that he killed his parents.

"I murdered my parents," the caller is heard telling a dispatcher.

He described specifics, claiming to be a 17-year-old.

"I picked up a shotgun that the rifle was stationed in and I killed my parents," the person said.

When deputies arrived, they found no evidence of a crime. Instead, they were met by a confused homeowner who didn’t know what was happening.

"Come out to us. It’s OK. We just need to figure out what’s going on," a deputy is heard telling the man.

"From the sounds of it, it may sound like somebody else is playing a prank on y’all, but we need to make sure everything is OK before we start moving in," the deputy said. 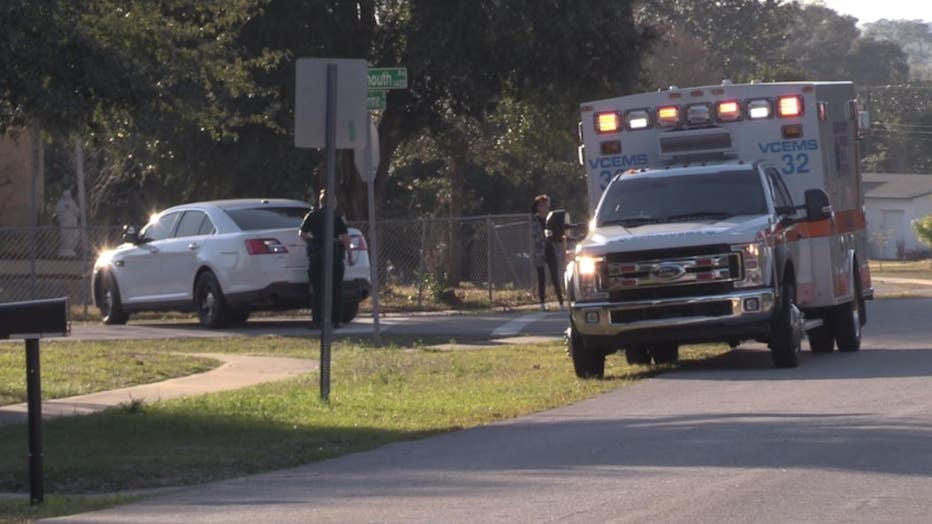 Sergeant Betsy Smith is with the National Police Association. She said prank calls like this are on the rise. She calls them dangerous, costly, and emotional for the victims.

We asked her what could be leading to a rise. She says there are many possibilities, including a false perception that pranks like this have no consequences, even though they do.

"This kind of incident could have gone badly. So very quickly someone could have been hurt or killed and I know the sheriff’s office and prosecutors will definitely take that into account," she said.

She also thinks quarantine could be to blame.

"People have been stuck at home. We have a lot of kids that are out of school. We have an emotional environment in the country right now," she said.