The family of two Mt. Dora convenience store owners continue to seek justice after they were gunned down by a killed late last year. Surveillance video shows the suspect just before he pulled the trigger. Police say they are still getting tips.

It’s a double-murder that sent chills through Central Florida. 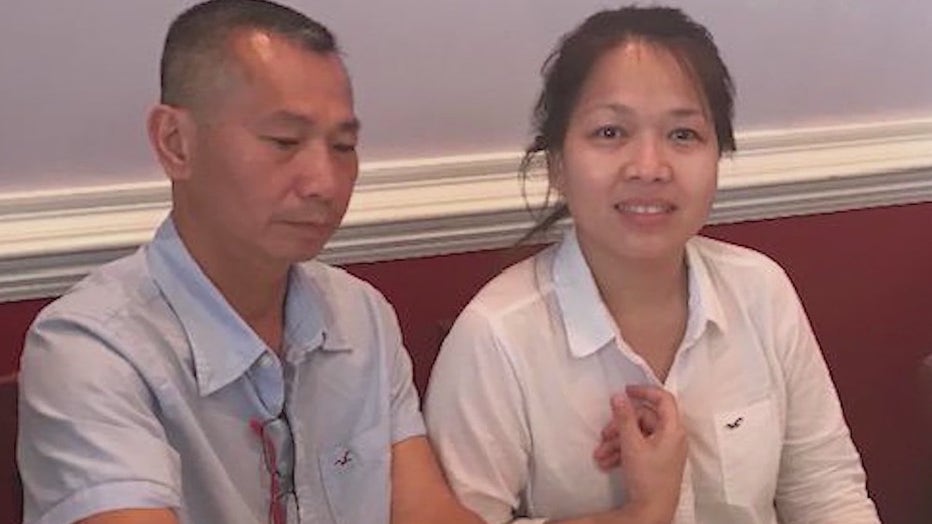 "At this point, both Ken and Tina had been shot and they are behind the counter over here and this individual is fleeing the store," Meade said referring to surveillance video.

But who’s the killer hiding behind the mask? Chief Meade says he’s working to find out.

"This is a difficult case and it’s gonna be made through forensics," he said.

Meade said the couple was shot and killed on November 30, nearly two and a half months ago, but leads continue to pour in.

"We’ve had individual tips come in to say this is a female. There’s gender issues. There’s a lot of different tips coming in," he said.

"This is Miss Dixon as she’s leaving," Meade said.

Investigators say Undrea Dixon was seen going into the store after the murder and was arrested for providing false information to officers. We asked her for an interview, but she declined.

Chief Meade said, "She gave us a sworn written statement saying she went inside the store, she did not see anything. Our investigation determined that was absolutely false."

Ken and Tina leave behind two sons. The convenience store never reopened after the night of the murder. Relatives say the older son is trying to stay strong as he takes care of his younger brother.

"The boys are doing as well as can be expected when you’re an 18-year-old and 12-year-old and you lose both of your parents."