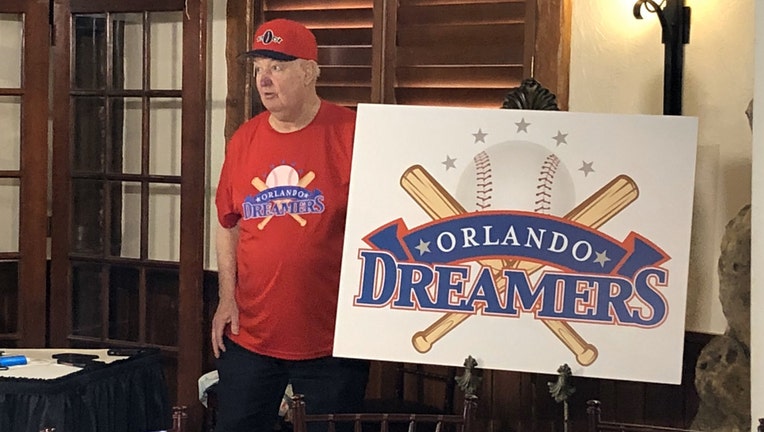 ORLANDO, Fla. - Thousands of people have rallied behind bringing a professional baseball team to Orlando.

In November, Orlando Magic Co-Founder Pat Williams announced his proposal to bring Major League Baseball (MLB) to Central Florida. He hopes to establish 'Orlando Dreamers' at the City Beautiful's next professional sports team. However, he urged for the support of the community.

"Orlando keeps growing, the next logical step in sports growth is to try and become an MLB city," Williams said. "The most important next step is finding out how badly Orlando wants to do this."

Just over two weeks, he said that the Orlando Dreamers have received lots of interest. Thousands are poised to purchase tickets if Central Florida actually gets the team. In fact, as of Wednesday night, Williams said that 10,252 fans have shown interest in season tickets.

“This is a very, very impressive number,” said a thrilled Williams Thursday. “Just a terrific response in the first two weeks, but still a lot more to do. We need baseball fans throughout central Florida to get up to that website, orlandodreamers.com, and express their interest in baseball coming to Orlando.”

“Now’s the time to move,” Pat continued, “and remember, the sooner you get in, the better your priority when Orlando lands a big league team.”