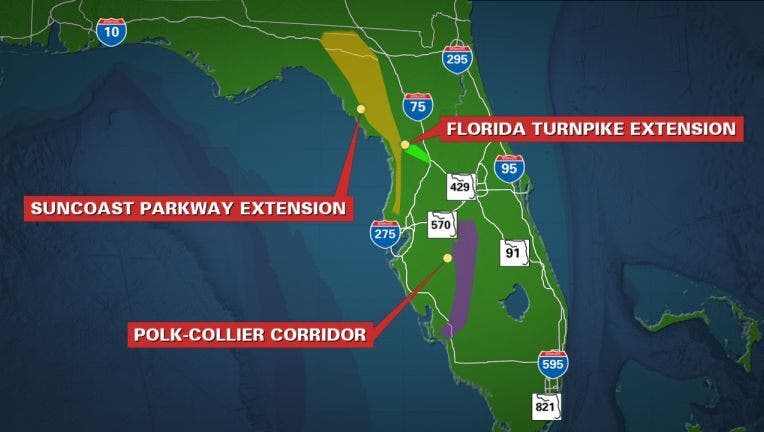 TALLAHASSEE, Fla. - A bill that would scuttle large parts of a plan to build and expand toll roads was formally sent Wednesday to Gov. Ron DeSantis.

The bill (SB 100) takes aim at a law --- known as the Multi-use Corridors of Regional Economic Significance, or M-CORES, law --- that was pushed through the Legislature by former Senate President Bill Galvano, R-Bradenton.

But the bill passed this year would eliminate the planned road between Collier and Polk counties, while requiring plans to extend the turnpike west from Wildwood to the Suncoast Parkway and to lay out a route that would weave the Suncoast Parkway north along U.S. 19 to connect with Interstate 10 in Madison County.

The M-CORES projects were promoted by Galvano as a way to help handle future growth, and he linked the roads with adding broadband and other infrastructure. The proposed changes came after recommendations from task forces that looked at the M-CORES projects last year.