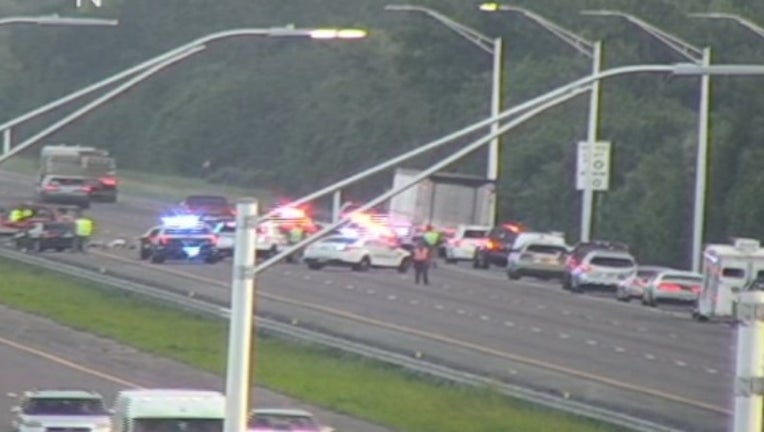 TITUSVILLE, Fla. - A portion of Interstate 95 in Titusville was shut down Thursday after a crash that killed three people, the Florida Highway Patrol (FHP) reports.

Troopers say the crash happened at mile marker 212 near Challenger Memorial Parkway around 5:30 a.m. FHP says a vehicle was traveling northbound on I-95 and overturned.

Four occupants were in the vehicle at the time. Three of the people have been confirmed dead. The fourth was taken to the hospital.

No other vehicles were involved.

The northbound side of I-95 was shut down and being re-routed to State Road 407.

This is a developing story. Watch FOX 35 News for updates.