The FOX 35 Storm Team is monitoring multiple disturbances in the tropics.

Tropical Storm Gaston formed over the open Atlantic Ocean early Tuesday evening, the National Hurricane Center said. The center of Gaston was located about 990 miles west of the Azores.

In addition to Gaston, the FOX 35 Storm Team continues to track Hurricane Fiona and a tropical wave that has the potential to organize into a named storm that we will want to watch closely.

As of 5 p.m. Tuesday, Gaston was moving toward the north-northeast near 17 mph and had maximum sustained winds of 40 mph.  A turn to the northeast is expected on Wednesday.

Tropical-storm-force winds extend outward up to 70 miles from the center. Our exclusive FOX MODEL shows it has no current threat to land. 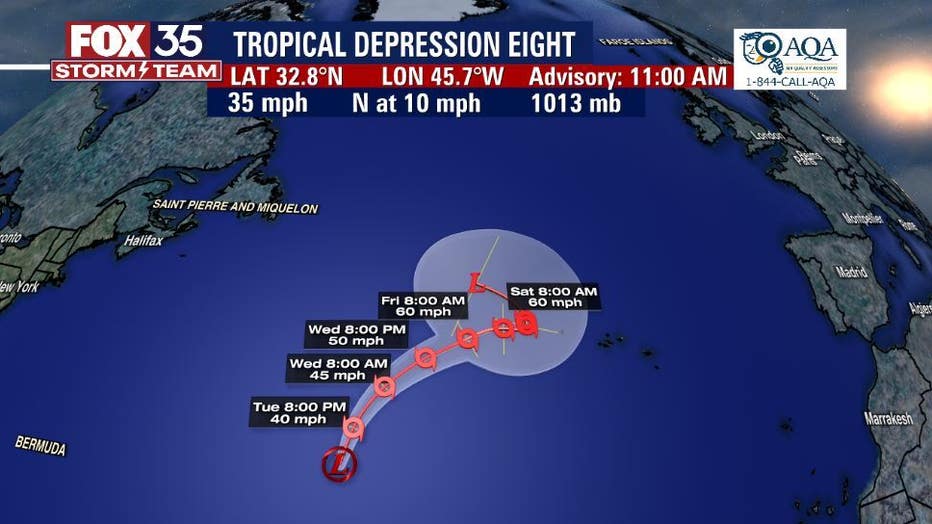 There are no coastal watches or warnings in effect at this time. The NHC said the Azores should monitor the progress of the system.

"Swells generated by the depression are expected to affect the Azores later this week. These swells are likely to cause life-threatening surf and rip current conditions," NHC said.

A tropical wave located a few hundred miles east of the southern Windward Islands continues to show signs of organization, according to forecasters at the NHC.  This system was showing an 90% chance of development into a named storm over the next five days.

"Additional development is expected, and a tropical depression is likely to form within the next few days as the system moves westward to west-northwestward at 15 to 20 mph across the eastern and central Caribbean Sea," the NHC said.

According to forecasters at the NHC, a tropical wave located a few hundred miles east of the Windward Islands, Invest 98-L, continues to show signs of organization. This system has an 90% chance of developing into a named storm over the next five days. If the following system is named, it will be called Hermine.

Residents of the Windward Islands should closely monitor the progress of this system as heavy rainfall and gusty winds could affect these islands beginning on Wednesday.  This system could make its way into the Caribbean Sea and then the Gulf of Mexico several days out, according to some models. 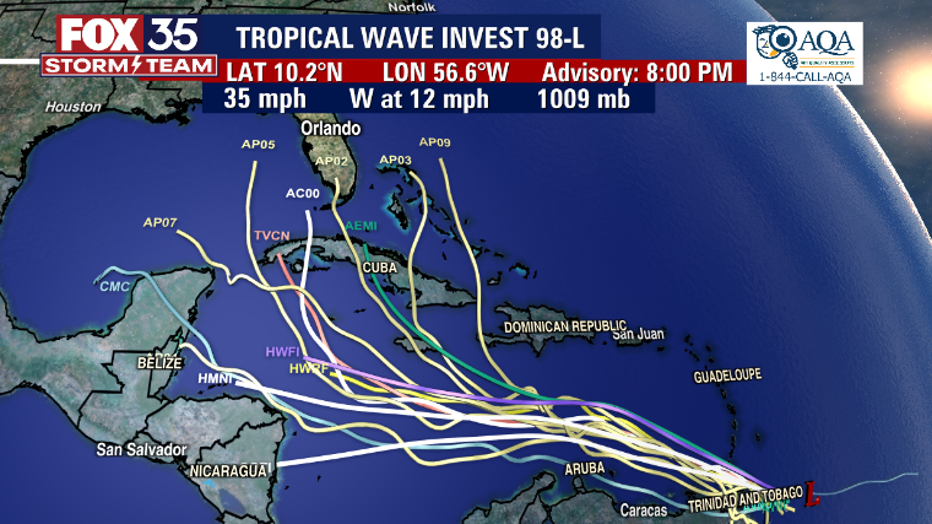 "Models take it over the warm waters of the Caribbean Sea, which is very conducive for development," said FOX 35 Meteorologist Brooks Garner. "Models show we could have a named system in the Southeast Gulf which could then work its way over North Florida or stay out to sea.  It's just too soon to say."

FOX 35 Storm Team continues to watch the tropics and will update you as soon as new details are available.