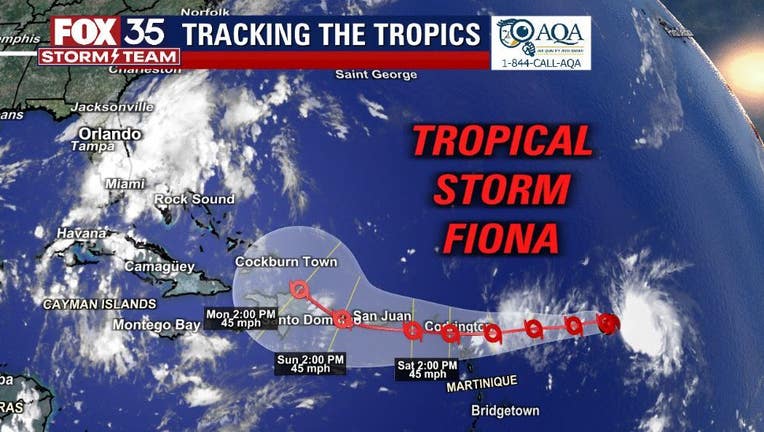 ORLANDO, Fla. - Update: Tropical Storm Fiona has formed in the Atlantic, becoming our next named storm of the 2022 Atlantic hurricane season.

The center of Fiona was located near 16.7N, 52.0 with movement W at 14 mph. The minimum central pressure was 29.59 inches with maximum sustained winds of about 50 mph.

The system is about 650 miles from the Leeward Islands and will bring heavy rainfall and possible wind impacts to that area.

A Tropical Storm Watch means that tropical storm conditions are possible within the watch area, generally within 48 hours.

Fiona is expected to produce total rainfall accumulations of 3 to 5 inches with maximum totals of 8 inches across the northern Leeward Islands, the British and U.S. Virgin Islands, Puerto Rico and eastern Hispaniola, according to the National Hurricane Center.

These rains may produce isolated flash and urban flooding, along with isolated mudslides in areas of higher terrain.

The depression was located east of the Leeward Islands with maximum sustained winds of 35 mph early Wednesday.

"On the forecast track, the center of the system is forecast to move through the Leeward Islands late Friday and Friday night, and be near the Virgin Islands and Puerto Rico this weekend," the National Hurricane Center said. 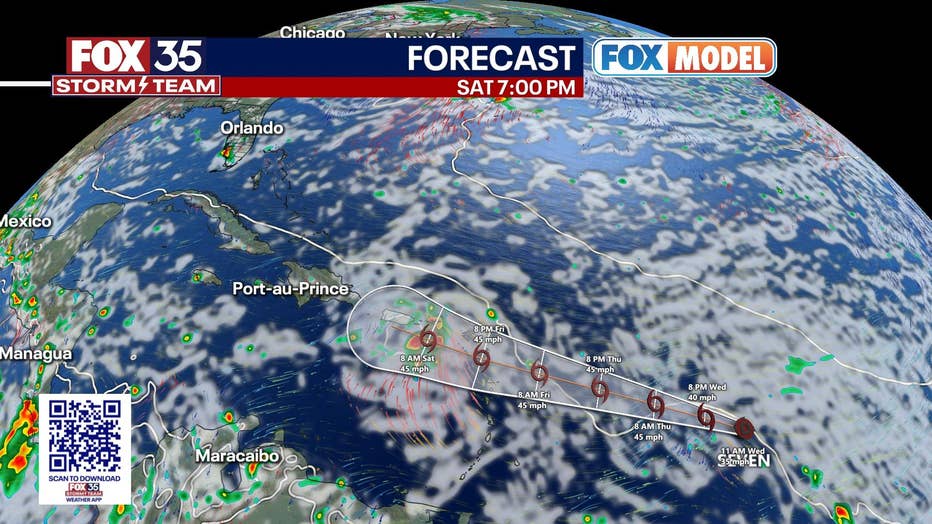 Some gradual strengthening was forecasted during the next day and the depression is became Tropical Storm Fiona Wednesday night.

The FOX 35 Storm Team is watching the models of the system. Some outliers have it going into the Gulf of Mexico while others have the system turning out to sea. 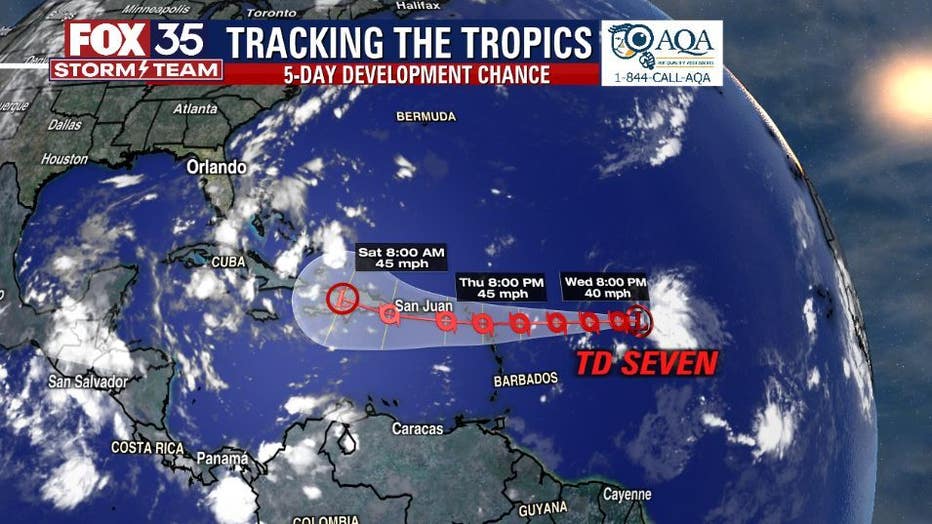 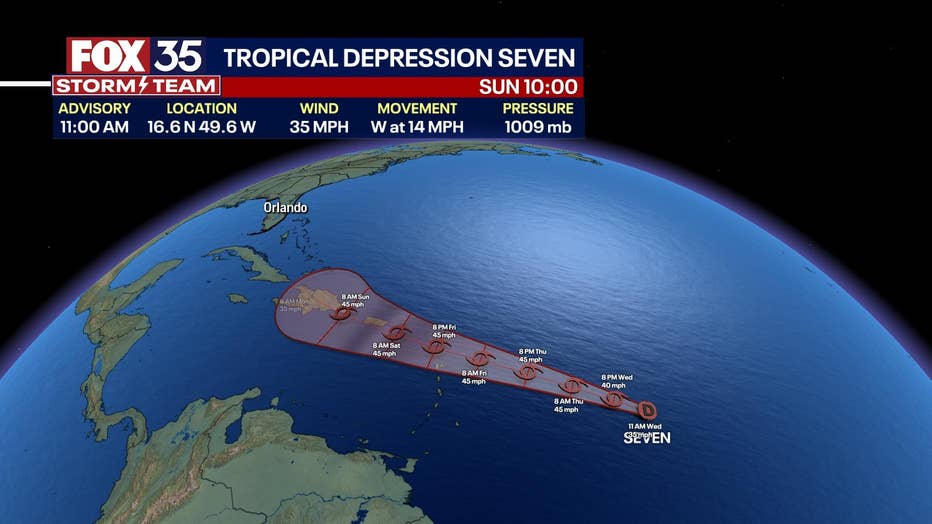 "For now, no immediate impacts expected in Florida other than rough surf along the Atlantic coast and possibly more tropical moisture," said FOX 35 Storm Team Meteorologist Ian Cassette. "Most models have have the storm getting ripped apart by the Caribbean islands and then turning north out into the Atlantic. Nothing is certain yet, but we will be keeping a close eye on it!"