ORMOND-BY-THE-SEA, Fla. (WOFL FOX 35) - As the sun set on the Halifax River near Ormond-By-The-Sea, the sight of containment and absorbent booms surrounding a World War II-era U.S. Navy tugboat "Tutahaco" had neighbors concered.

Chris Summers says he discovered the oil in the waters surrounding the vessel on Wednesday afternoon around 2 p.m.

"First thing was the smell, and I looked down in the water and saw oil everywhere," said Summers.

He immediately reported what found.

A spokesperson for the U.S. Coast Guard says only 100 gallons of bilge oil came off the old tug boat.  The leak has been stopped, the oil cleaned up and that there is no damage to the environment, they say.

Any kind of oil in the water is a concern to Summers and his neighbors.

"That's terrible.  I hate that part of it. Love the boat, have always loved the boat.  This is a horrible thing that's happened. I love to fish here. Been here most of my life," said Summers.

He says the Tutahaco has been tied up to his neighbors dock, sitting there for 15 years.  The barnacle build up along above the water line of the hull is evidence that its been resting on the floor of the Halifax for some time. Summers says he last saw the vessel floating about 10 years ago.

The owner of the boat died about two years back, Summers added.  According to the "Save the Tutahaco" website,  a group out of Jacksonville now owns it and is trying to save the historic vessel that spent time in the Pacific during her younger years.

The website says the vessel was decommissioned in 1986. The site says the new owners saved her from the scrap yard, they've even started a GoFundMe account to aide in their effort.  In the last month, they've raised just $350 dollars of their $15-thousand goal according to their GoFundMe account.

Some neighbors told FOX 35 they're sick of the old boat.  Summers loves it, says it's a some what of a tourist attraction.

"A lot of people come and take pictures of the boat they come and stand right where I'm standing now with the boat in the background," said Summers.

The USCG spokesperson tells FOX 35 that there were somewhere between 16,000 and 21,000 gallons of oil on board the Tutahaco.  He also said response crews are working to remove all of it from down in the engine room. What cause of this mess is still under investigation.

FOX 35 contacted the new owners of the boat, but they didn't want to talk to our reporter.  The big question now is, what will happen next to this historic 100-foot vessel? 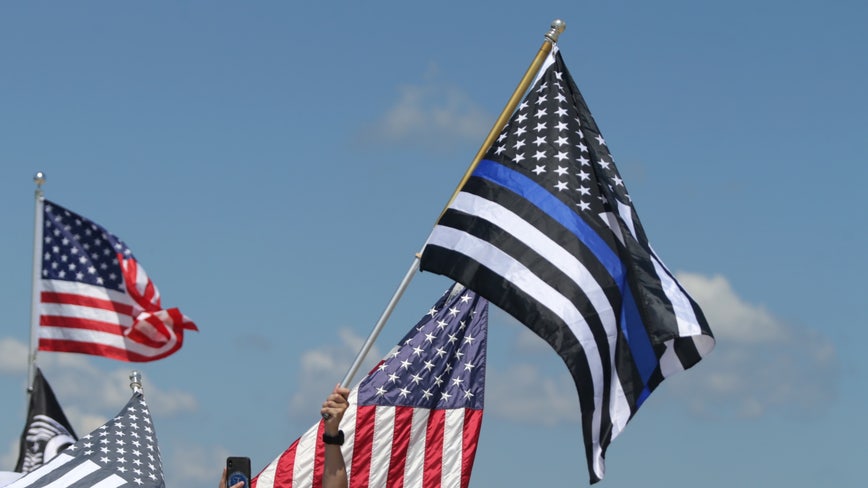